Why We Can't Stop Texting and Driving 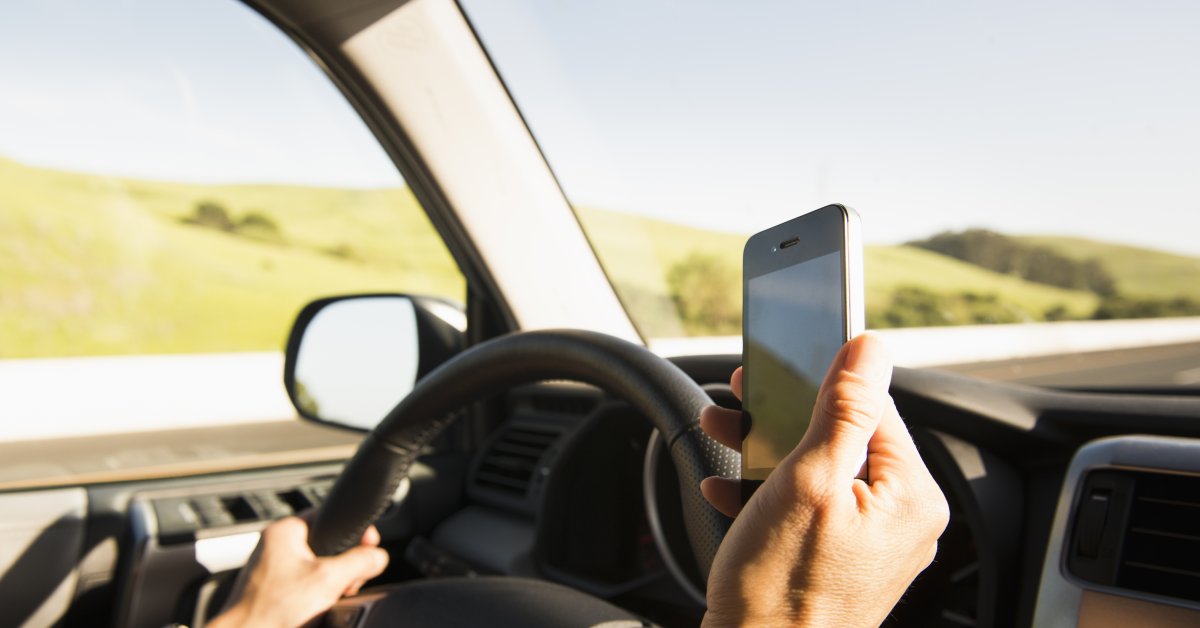 Once smartphones arrived in the hands of the masses, it didn’t take long for drivers to start using them behind the wheel — not only to make calls, but also to send text messages. Even more alarming: studies showed that the presence of passengers, even child passengers, didn’t seem to deter drivers from using their shiny new toys.

But 10 years later, as the crash numbers continue to rise, we’re realizing that the safety campaigns have produced humble results. Recent follow-up studies show that, despite our efforts to curb the practice, drivers in the U.S. use their phones on roughly 88% of all trips and more than half of all young drivers reported engaging in hands-on, head-down reading or typing during the past 30 days. As one journalist summarized these findings about who’s still using their phone in the car: “Damn near everybody … damn near all the time.”

Drivers ignore the warnings and continue to use their phones for a simple reason: they’re just not convinced that it’s all that dangerous. To understand why, we need to reflect on how humans evaluate risk. When going about our everyday affairs, we use our common sense and our experience to guide us. The first time we have what feels like an urgent text or email to answer while driving, we give it a shot and see how it goes. After a few tries, it seems to work out just fine. After all, when we’re using our phone, we think that if something unusual happens right before our very eyes, we’re going to notice it. Even when we go head-down to text or use an app, we know that we can switch our attention between road and phone, and that we can look up more frequently when we notice that traffic is getting worse. When we’re stopped at a red light, we can pick up our phone and then put it back down again when the light turns green. These are the powerful common sense notions that guide us through everyday life on the road.

The problem with these common sense notions is that for the most part they’re wrong. Despite our intuitions to the contrary, our attention will not be instantly grabbed by that disaster unfolding in front of us even when we’re looking in that direction. A famous experiment involving a gorilla illustrated how we’re really not good at noticing things that we’re not specifically looking for, and that having our eyes pointed at something is only the first step toward “seeing” it. But what about looking up from our phone more frequently when traffic gets thick? Unfortunately, our common sense notions don’t reflect how deeply entrenched we get when we’re engaged in something interesting. When the latest news pops up on our phone, sometimes we’re a little distracted and sometimes we’re gone. Driving studies demonstrate that us noticing when traffic gets worse is far from a guarantee and that sometimes when we pick up our phones we’re not even consciously aware that we’re doing it. But how about texting at the light? What could possibly be wrong with that? Well, when we put down our phones and return our attention to the driving task, it can actually take almost a half a minute for our brains to reorient and resume processing what our eyes are looking at once again.

The time has come to address this problem at its source. We need to realign our common sense notions with the truth about our powerful, creative but sometimes fallible minds. We need to understand that our attention-paying abilities amount to something less than a swivel-mounted, multidirectional surveillance apparatus. That we err and miss things a bit more often than we care to admit. And that the hazards presented by our newest of innovations can be subtle, hidden, or even invisible — far outstripping our abilities to reason about them in simple ways.

But how do we get millions of people to study the user’s guide to their own injury-prone minds? We’ll have to launch safety campaigns to orient us to the very idea that our minds simply don’t work the way we think they do. We’ll have to train parents to provide the psychological rationale behind their advice and admonitions to children. We’ll have to convince schools to teach our kids the basics of how our fallible minds work. Manufacturers of cars and phones alike will need to better foresee misuses that spring from our erroneous beliefs, and provide more detailed warnings about how things might go wrong when lockout safety features aren’t possible.

We have reached a technological tipping point. These are not problems we will be able to ignore for much longer. Aside from the rising distracted driving statistics, we will continue to invent new technologies that will stretch our common sense notions to their limits and beyond. Soon we will have wearable devices that allow us to look out at the “real world” through layers of augmented reality. Autonomous cars won’t save us. Some experts say that it might be another 75 years before we have the robot car that we’re all dreaming about today. And when we finally do, what will prevent a distracted pedestrian from stepping out in front of one? We will have to make our move soon — a move beyond hanging a sign on the wall or a billboard by the side of the road. Our more sophisticated world will demand a more sophisticated understanding of ourselves.