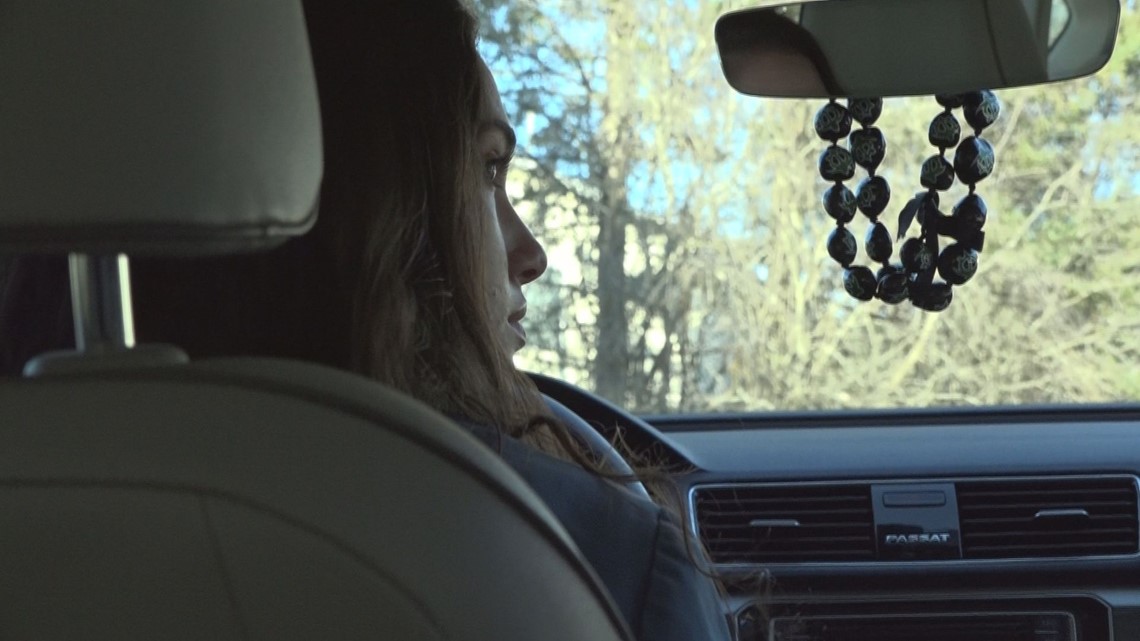 BANGOR, Maine — In a cozy home off of the Kenduskeag Stream in Bangor, Dr. Virginia Gilmore is spending a quiet Saturday with her 17-year-old daughter, Lydia. The two women obviously have a close relationship, sipping tea with one another in the kitchen. It's why Virginia says handing her daughter the keys to the car can be scary, knowing that so many fatal accidents have been caused by a simple mistake -- texting and driving.

"(It's) easy to get sucked into, and it's a mistake that could literally cost a life," Virginia expressed to NEWS CENTER Maine. "It's terrifying."

To help ease the fear of mothers like Virginia, and to keep Maine drivers safer on the roads, the state Legislature passed the hands-free law, signed later this summer by Gov. Janet Mills. The law, which went into effect in September, prohibits the use of handheld phones and devices while driving. If violated, the law could cost drivers a ticket fine of at least $50 for the first offense and at least $250 for the second.

RELATED: Here's how much you'll actually get fined if caught using a cellphone while driving

"It really gave me a little bit of hope that people will absolutely pay attention," Virginia said, noting that this new law is a way to directly enforce the 'no texting while driving' mantra that parents so often embark onto their kids.

But it's not her daughter, Lydia, who Virginia has been worried about. It's other drivers on the road -- and that message has been passed along to the 17-year-old.

"I've seen how other people drive when they are on their phone," Lydia said. "I've been behind a lot of people either on the highway to or from work, or even to and from school or in the school parking lot -- just the characteristic of veering left and correcting, veering and correcting."

She says it's why she makes sure never to send a text, make a call, or take a Snapchat while on the the roads -- because to others around you, the mistake can be obvious.

"You can tell exactly the moments when (drivers) are looking at their phones and when they're looking back at the road."

Captain Daniel Merrill with the Orono Police Department says he has been pleasantly surprised at the public's adaptability so far.

"Overall, (there has been) better compliance I think even than I was expecting," Captain Merrill noted. "I think that the new law is still in people's forefront on their minds. It's only been out there a couple of months."

That's why officials in the community, like Quirk Auto Group in Bangor, are trying to help drivers continue to break their bad habits. Quirk Auto Group held a day-long event in October, inviting drivers to stop by with their cars if they needed help setting up Bluetooth devices.

RELATED: Tickets are adding up for motorists under hands-free law

"You had the interest of the community to come in -- and the comfort of them -- to come to the dealership to get set up to make sure they're obeying the law," General Manager Joe Quirk said, adding that his employees are still happy to help people get set up if they need it.

In general, the hands-free law is more enforceable than others have been in the past.

"If you have your phone in your hand, I don't have to wonder what you're doing," Captain Merrill expressed. "(The law) says 'hands-free', so you're not supposed to have your hand on your phone at all."

Captain Merrill says he also hopes that driving habits will begin to change over time with the younger generation, as they grow up and start learning to drive with the law in place.

"There's a lot more at stake than most people really think," Lydia said. "I think there's no excuse to be constantly on your phone in the car."