Texting-and-driving trial: Cop told her 'I suggest that you pray' 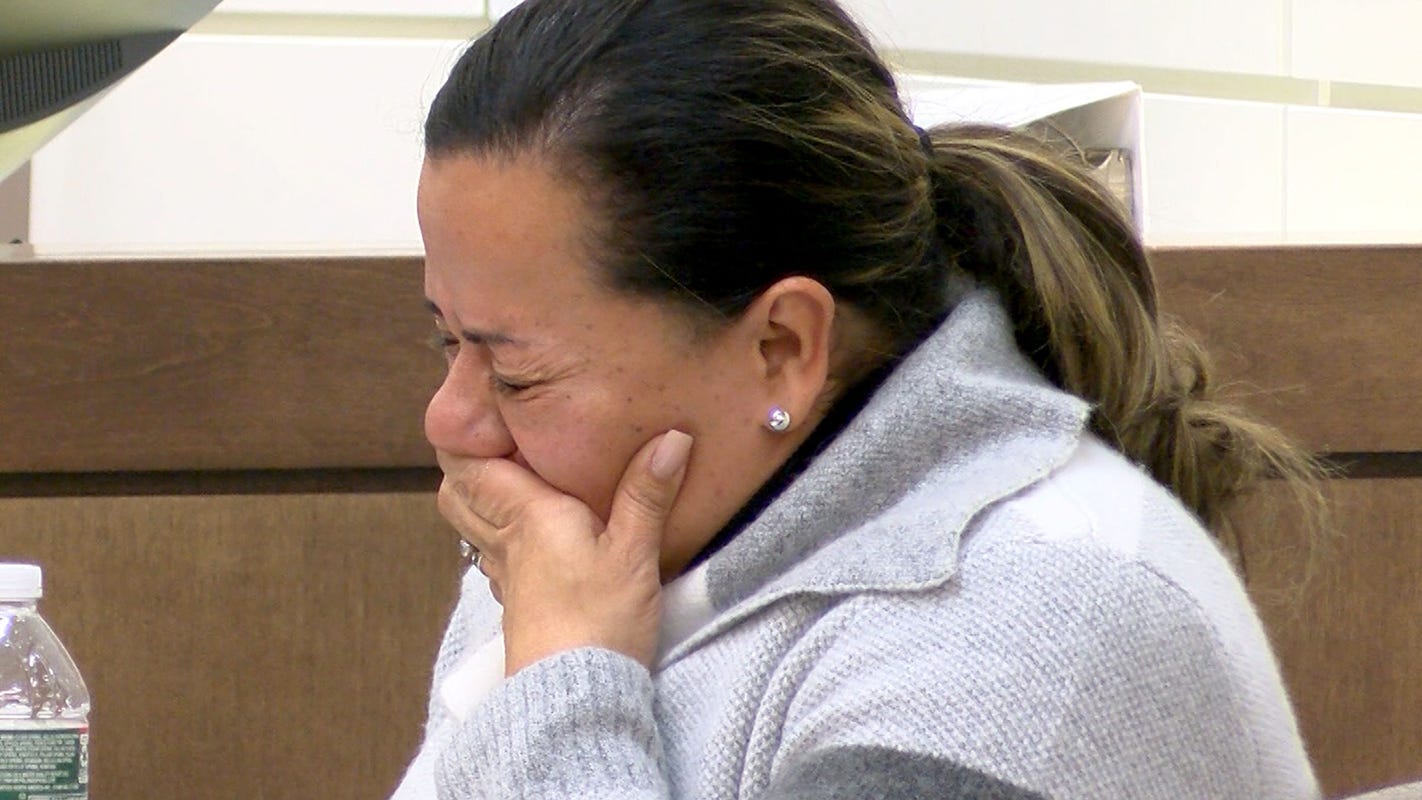 FREEHOLD - Alexandra Mansonet said she never responded to a text message from her former sister-in-law about their dinner plans on Sept. 28, 2016.

She said she read the message that said, "Cuban, American, Mexican, pick one," while in front of her house that morning but didn't answer because she hadn't yet made up her mind.

In what is believed to be New Jersey's first texting-while-driving vehicular homicide trial, Mansonet told a jury she looked down to turn on her rear defogger while driving on Laurel Avenue in Hazlet, just before getting into an accident that killed a pedestrian.

[ Get the latest in NJ court news by downloading the Asbury Park Press app today. ]

At that point, Mansonet, chief executive officer at a nonprofit agency in Perth Amboy, started to cry on the witness stand.

Being questioned by defense attorney Steven D. Altman, she said her airbags deployed, and her 2000 Mercedes Benz came to a stop.

Earlier: Driver's head was 'straight down' when she crashed into car

More from this case: Victim's head hit the ground 'like a basketball'

A man came over to her and asked if she was okay, and she told him she was, Mansonet told the jury. Then she said she asked the man about the people in the car she hit.

Only when a police officer arrived did she hear any mention of an ambulance and learned that a pedestrian had been struck, she said. d.

When she asked the officer if the pedestrian's injuries were serious, he told her, "I suggest that you pray," Mansonet said.

With that, Mansonet put her hands over her mouth and sobbed.

Yuwen Wang, 39, of Hazlet, died five days after being struck at Laurel Avenue and Sixth Street in Keansburg.

Mansonet answered a detective's questions about the accident that day, and was summoned to be questioned again at a later date. That's when a detective told her he knew that she had responded to the text message her former sister-in-law, Denise, sent her the morning of accident, she testified.

"I said, 'I responded? I didn't respond to Denise,'" she said she told the detective.

"I remember just being surprised," she said. 'I did not respond to Denise."

Prosecution witnesses have testified previously that the driver of a red Toyota Corolla slowed down and stopped for Wang, who was on foot in the crosswalk on Laurel Avenue and Sixth Street in Hazlet, and that Mansonet's Mercedes rear-ended the Toyota and propelled it into the pedestrian. Witnesses said Wang, who was on a break from herjob at the nearby International Flavors and Fragrances factory, bounced off the Toyota's windshield and went airborne before her head bounced off the pavement.

The defense rested its case after Mansonet's testimony. Summations are expected Tuesday.