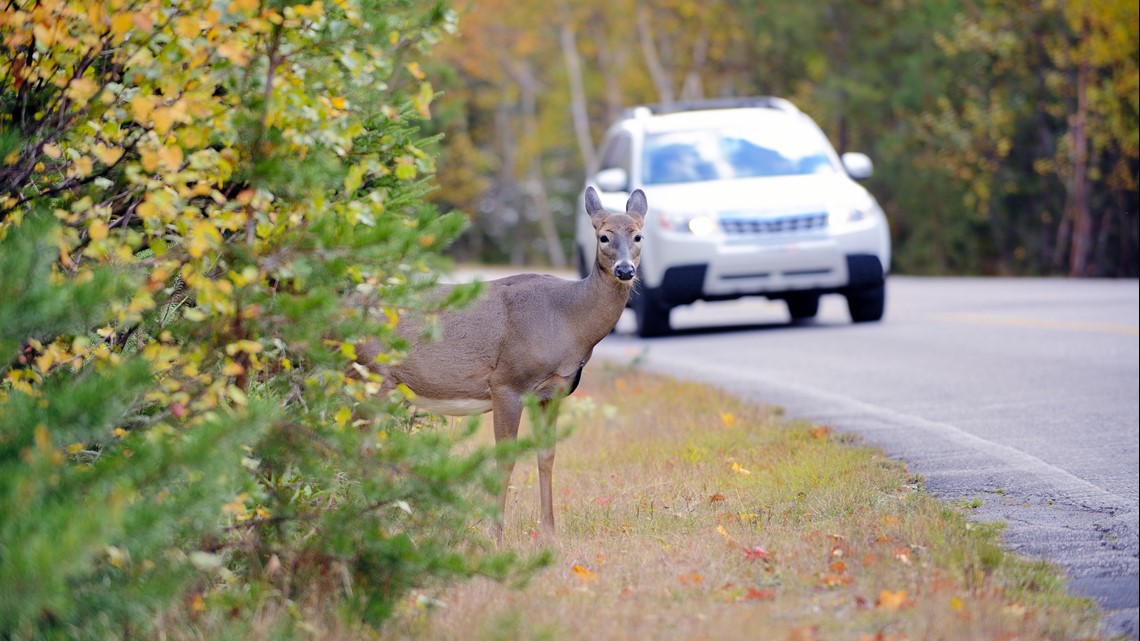 He says more deer on the roads means more problems for drivers.

“Deer in our neck of the woods are running into the roadways, running out in front of cars, and just jumping into the street,” Marsh said. “It's something that happens pretty significantly more often now, than it does other times of the year.”

Most of us have seen a deer dart across the interstate at least once. But it’s not only those high-traffic areas see the activity.

“Up here in Forsyth County, we have a pretty significant deer population,” Marsh said. “There's still plenty of woods and even in residential areas, people have deer running around up here. So, it's always something you can run into, whether you're on 400 or on a back road heading to your neighborhood.”

One thing drivers can do to stay safe is just pay attention to their surroundings.

“Texting and driving is a big problem in our part of the world,” Marsh said. “If they're not paying attention to the roadway and what they're doing, then an animal jumping out into the road in front of them is going to pose a pretty significant problem for them.”

Swerving to avoid hitting a deer is not always the best solution, though. Marsh says it all depends on what’s happening around you.

“It's best to make sure you're not going to make your situation worse,” he said. “For instance, if a deer runs out in front of your car and there's no safe place for you to drive your motor vehicle, jerking your car off the roadway may not be a better solution than just hitting the deer square on. What we don't want to do is make a bad situation potentially worse by driving into something that's even more damaging than an animal.”

Body of man missing since June found in Lake Lanier

9-year-old in critical condition, sister and dad hospitalized after being hit at bus stop

The Nutcracker kicks off holiday season in Gwinnett this weekend