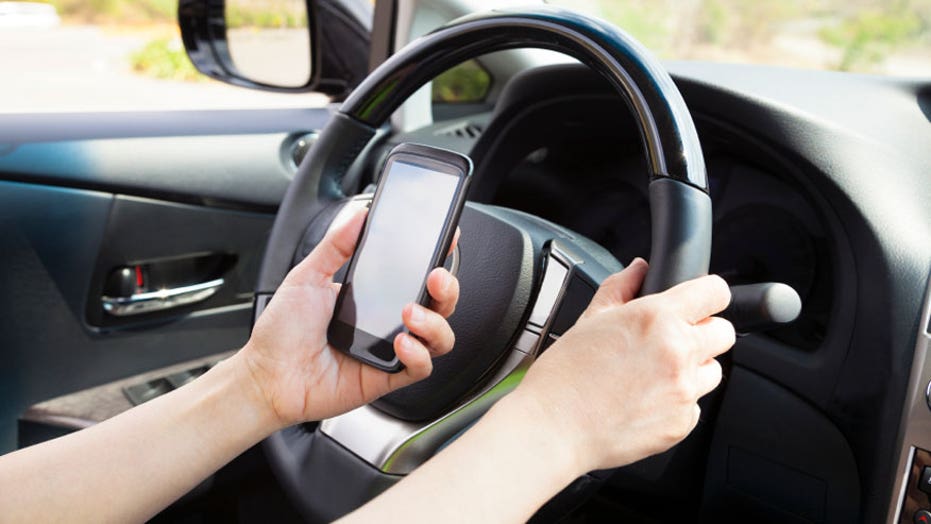 For the first time in New Jersey, a Monmouth County jury on Friday found a woman guilty of vehicular homicide for texting while driving.

Prosecutors said Alexandra Mansonet, 50, was distracted by a text about dinner plans when she rear-ended another car, causing it to strike 39-year-old Yuwen Wang as she was crossing the street in September 2016. Wang died five days later.

Mansonet’s sentencing is scheduled for Jan. 31 and she’ll remain free until then. She faces up to 10 years in prison and will have to serve at least 85 percent of her sentence before she is eligible for parole.

Mansonet said that she’d read the text about dinner plans before turning on her vehicle. She said she was looking down to turn on her rear defogger when she stuck the other car. But prosecutors said the text was marked as “read” a little more than a minute before the crash and though unanswered, the letters “M” and “e” were typed.

Investigators said Mansonet received a text from her sister-in-law asking what kind of food she wanted for dinner.

“Cuban, American or Mexican. Pick one," the text said.

Prosecutors argued the “Me” response was the beginning of a longer answer.

Defense attorney Steven Altman said he was disappointed with the verdict, according to the Asbury Park Press.

"It's going to be very difficult for her to deal with the fact that at sentencing, she could possibly be incarcerated for something we are all guilty of on a daily basis," Altman said, referring to texting and driving and appearing to contradict Mansonet’s claim that she was turning on her defogger.

Wang, who had gone for a walk while on a break from her job, flew into the air after she was hit. Her head bounced off the pavement “like a basketball,” witness Joseph Matich testified at the trial. She suffered severe brain trauma and died on Oct. 3, 2016.

The case was the first in New Jersey to go to trial since New Jersey went “hands free” in 2012, saying that the use of a handheld phone while driving is a reckless act that can form the basis for a vehicular homicide prosecution. Others have been charged under the law, but they’ve resolved their cases with guilty pleas.

Wang’s widower, Steven Qiu, said the guilty verdict brings “a lot of comfort” to him and his family. He said he hopes New Jersey does more to prevent motorists from texting while driving so that his wife did not die in vain.

"I hope more people can realize the consequences of texting and driving,” Qiu said, adding that he and his wife were hoping to start a family, and now those dreams have been crushed.