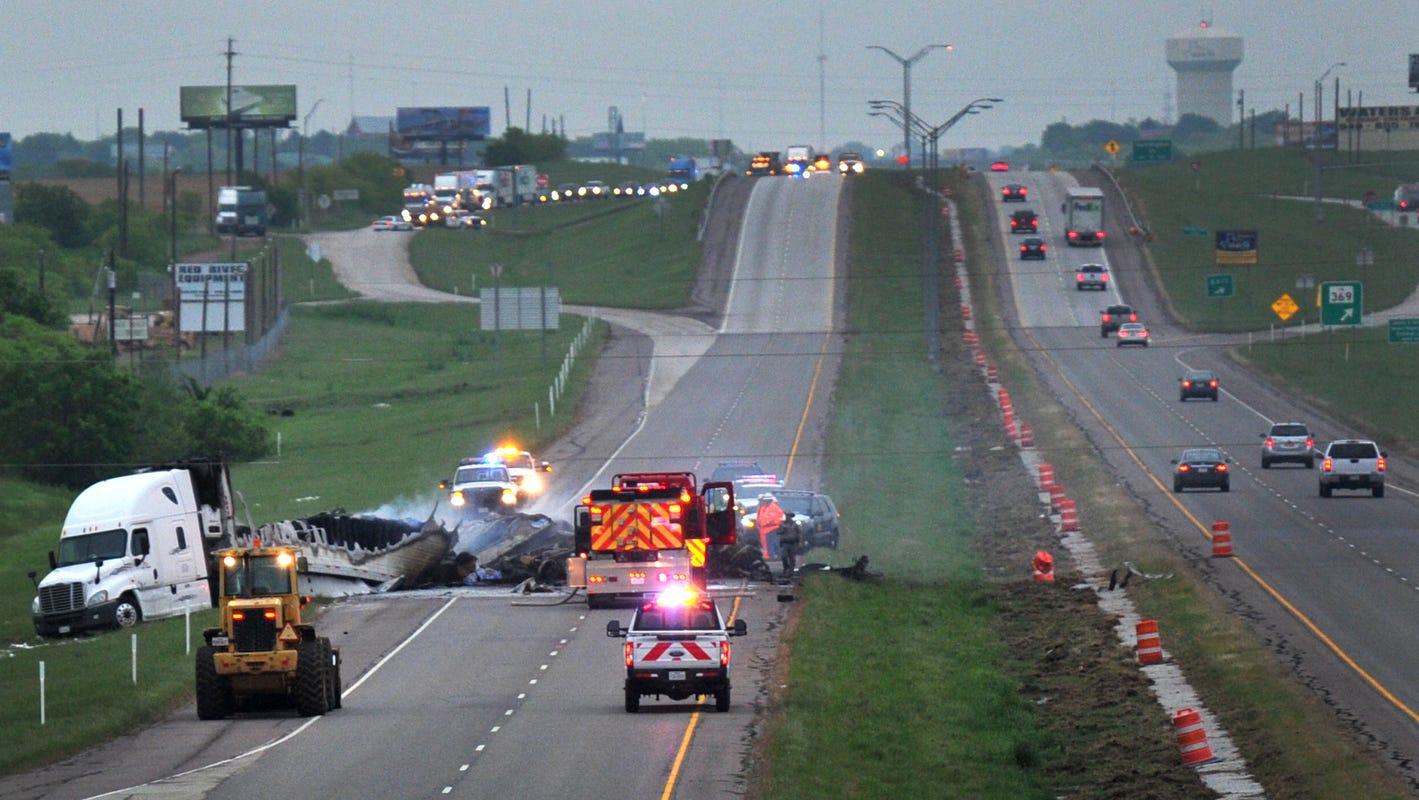 AUSTIN — Danielle Galvan was driving to Dallas from her parents' home in the Panhandle when her compact Chevrolet Spark crashed into the rear of a tractor-trailer that was attempting to back up onto U.S. 287 about 10 miles west of Wichita Falls.

The 23-year-old aspiring fashion designer and model died in the fiery wreck on the night of March 6, 2018, leaving behind two children and a grieving extended family in Hereford, southwest of Amarillo.

The crash that claimed her life occurred on a highway that connects some of the largest and busiest oil- and gas-producing regions of Texas to the sprawling population center anchored by Dallas and Fort Worth.

Galvan was among the 1,673 people who lost their lives in 2018 while motoring through one of Texas' five largest oil and gas plays, according to figures compiled by the Texas Department of Public Safety. That's about half of all traffic fatalities in the state and represents a grim downside to the Texas resurgent energy sector that is helping to propel the state's booming economy.

"It's very scary out there right now," said Richard Minnix, the owner of McClatchy Brothers, a Midland trucking company that serves the booming and oil-rich Permian Basin. "The biggest problem is distracted driving. It's jacking with your cell phone, text messages."

The TxDOT figures still show speeding as the No. 1 cause of crashes in Texas, with distracted driving close behind. Lawmakers in 2017 banned texting and driving in Texas, but the crash rate still increased during the first year the law went on the books.

James Bass, TxDOT's executive director, said driving conditions, especially in the energy-producing parts of the state, have changed dramatically with the uptick in production.

“A big increase in the number of heavy trucks and traffic on state and county roads adds to the complexity of driving — something we always need to give our full attention to, while also obeying traffic laws,” Bass said.

John Esparza, who heads the Texas Trucking Association, said trucks are to blame for only a fraction of the wrecks — both in the oil patch and statewide — even if crashes involving big rigs tend to draw an outsized share of news coverage.

Still, he said, much of the oil and gas production is taking place in rural Texas, where roads were built to accommodate less traffic.

"We're becoming more and more congested, and there are more and more fatalities that involve everyone because some of the simplest things we are not doing well," Esparza said. "And you throw trucks in the middle of all of that, you are seeing more trucks involved in that area in a disproportionate amount than they are for the whole rest of the state."

The sprawling Permian Basin, which covers much of West Texas and extends into New Mexico and is perhaps the nation's biggest producer of oil and gas, saw 485 highway deaths and 1,321 serious injuries in 2018. The number of traffic crashes increased 13% from 2017 and the fatalities jumped 20% from 2017.

But those figures run behind the more urbanized Barnett Shale, which includes Fort Worth and its suburbs and extends to the Wichita Falls area. Last year, 710 fatalities and 3,400 serious injuries were reported from crashes in the Barnett Shale.

Both Esparza and Minnix give TxDOT high marks for improving roads and expanding capacity in West Texas and in the other high-producing regions. The challenge is keeping up with the traffic needed to get workers and equipment to the oil fields, and to get the product to the market.

"They are doing a lot of construction," Minnix said. "They just can't keep up."

Minnix said the Midland area, which has been a major hub for oil drilling for decades, is booming. And that boom is rippling in all directions.

In Pecos, about 100 miles to the southwest and about 200 miles east of El Paso, oilfield activity is causing unheard-of traffic jams on the two-lane blacktops leading in and out of town.

MORE: How to stay safe on Texas highways during busiest, most dangerous travel week of the year

The trucking association is helping TxDOT with a public-education initiative called “Be Safe. Drive Smart” that is aimed at the state’s energy-producing regions. The campaign reminds drivers to:

Mark Martinez, who works in the oil and gas business, said traffic congestion and the wrecks that followed in the Pecos area started becoming more than a minor nuisance about four years ago.

In 2016, he started a Facebook page called West Texas Oil Field Traffic Update to keep friends and co-workers apprised of conditions that could slow their commutes to work or the driving required by their jobs.

The driver of the rig who caused the accident that claimed the life of Galvan was found guilty of manslaughter in October.

MORE: Man gets probation in death of 22-year-old woman in semi-truck-car crash

On the witness stand after the verdict was handed down, the driver made a tearful apology to Galvan's family.

The jury handed down a suspended sentence of two years in prison, but ordered him to serve 45 days in Wichita County Jail as a condition of probation.

Georgian Perez, Galvan's aunt, said the sentence was light. But she hopes that her niece's death can serve as a reminder of the far-reaching heartbreak families of those who die in highway crashes must carry.

"Danielle’s death left a huge void in our hearts that will never be filled," Perez said. "She was indeed our treasure, our angel, and the kindest soul we were fortunate enough to have in our lives.

"I do not wish to see another person leaving their loved ones behind, because someone careless and selfish was behind the wheel."