Texting and Driving Statistics, Don't Do It 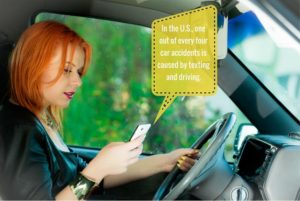