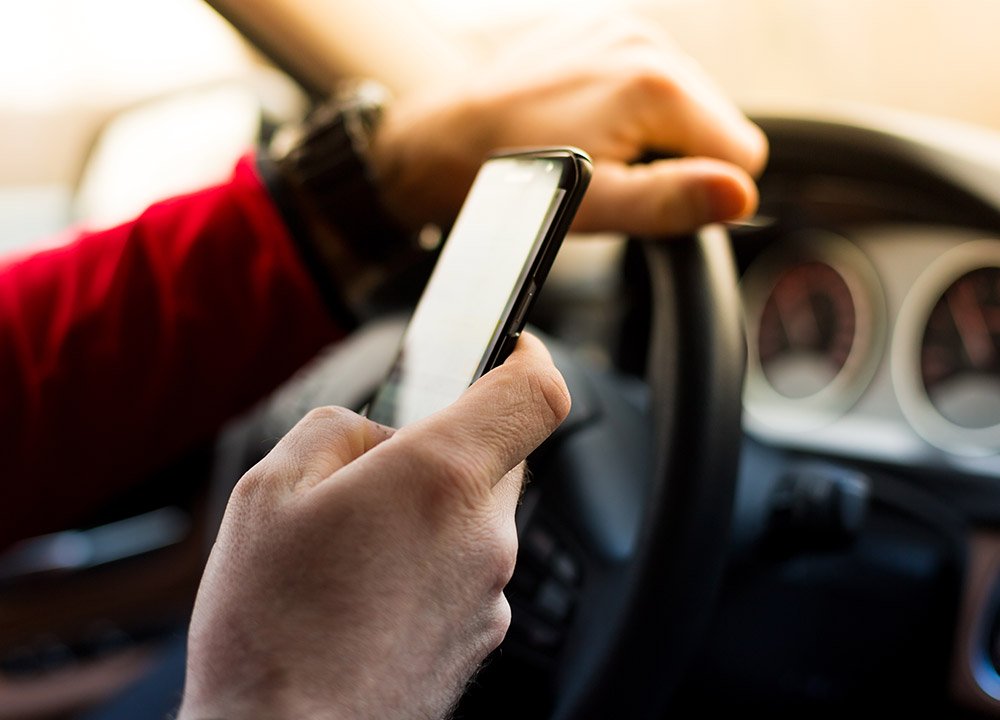 According to the Bloomberg article, “Montana is the only state that doesn’t have a state-wide law restricting the use of cell phones while driving.” Forty-eight other states have full bans on texting while driving, while Missouri only outlaws texting and driving for those under age 21.

Data collected voluntarily from 30,000 phones by TrueMotion Inc. shows that less than one-third of drivers are fully focused on the road for 95 percent or more of their driving time. A separate group of drivers—making up 20 percent of total drivers studied—is distracted between 5 percent and 10 percent of their time on the road. Putting these two numbers together, an estimated half of all drivers are distracted by their phones for at least 10 percent of their driving time, or one second per every 10 seconds on the road. Anyone who’s been in a car accident knows the cost of looking away for just one second out of every 10 seconds, leading many to ask the overall costs of becoming as tech-dependent as we are.

Is technology really killing our attention spans orjust giving us easier ways not to be bored?

“Doctors’ offices have had magazines in them for decades because waiting, with nothing but our minds to occupy us, is an aversive state for many of us,” said Dr. Indre Viskontas, Adjunct Professor of Psychology at the University of San Francisco. “We get stressed when we feel we aren’t in control, and John Eastwood at York University has proposed that boredom is a function of feeling that you want to engage in a satisfying activity, but you can’t. And you attribute that reason to something in the environment, which you can’t control.”

Dr. Viskontas said that whether we’re on a long plane flight, sitting through a seemingly endless lecture, or other boring activity, we seek out the means to regain control of the situation, to choose to engage somehow. We used to use magazines and now we use smartphones, “but the human tendency is essentially the same,” she said.

“You might have come across headlines purporting that checking social media is addictive—that people behave as if they are on drugs and that the brain looks like it does when you take cocaine,” she said. “I can assure you this is an exaggeration.”

“Yes, the dopamine-mediated reward system can get activated, which is where these comparisons come from, but dopamine isn’t just a reward chemical and the regions involved don’t just light up when you’re enjoying yourself,” Dr. Viskontas said. “It’s more like a salience network, activated when something in the environment is worth paying attention to.”

Furthermore, studies have shown that regular computer use, in general, has benefits of its own.

“What they found is that frequent computer use was associated with better overall cognitive performance across adulthood, even when they accounted for age, education, sex, and health,” Dr. Viskontas said. “Even when the researchers controlled for intelligence, they still found a correlation between computer use and what we call executive function—specifically, greater speed at switching tasks.”

As long as we don’t use our tech while driving, it seems, we have less to fear than is sometimes thought.