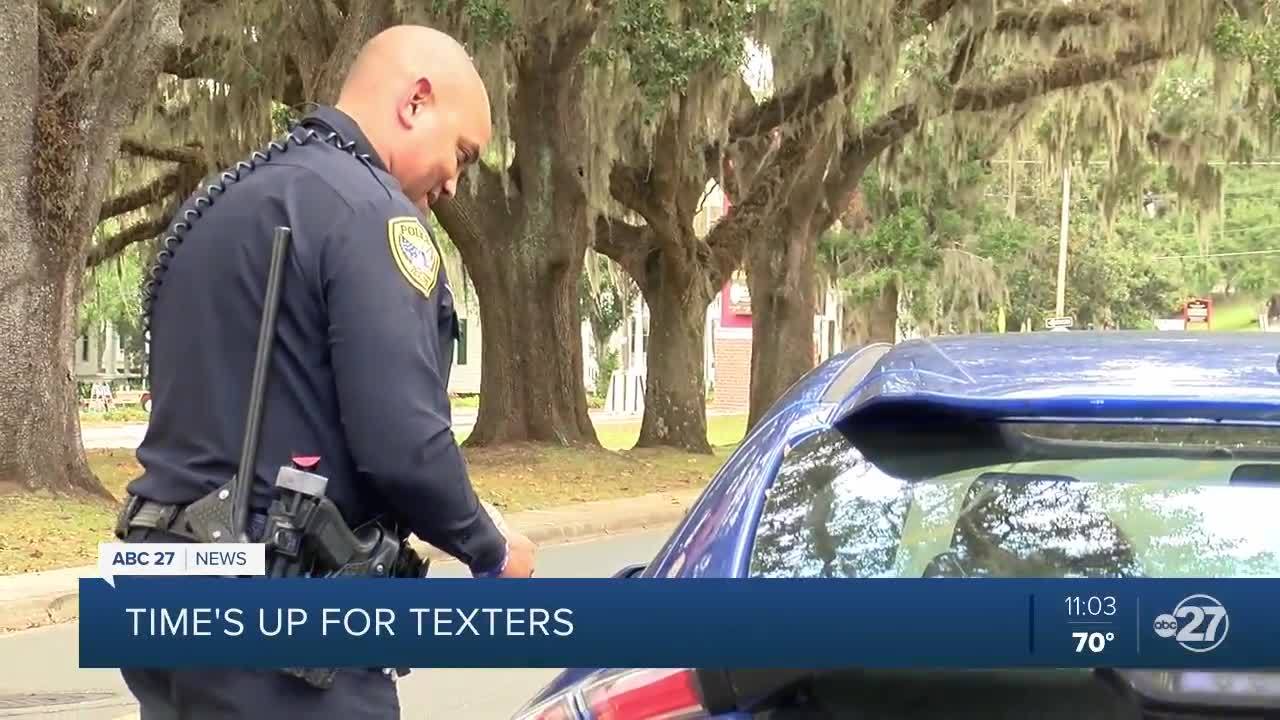 State and city authorities are now all enforcing the texting while driving law after a three month education period.

ABC 27 rode along with a Tallahassee Police officer on Thursday to see just how many people they'd catch.

"Ma'am do you know why we pulled you over?"

"I know I was on my phone! I swear I was using the call function."

The grace period is over!

Officer Damon Miller and the rest of Florida law enforcement are all on the lookout for people who are focused on their phones instead of the road.

"It was a secondary offense but now it's primary. So just ways to make the streets safer," said Officer Damon Miller with the Tallahassee Police Department.

Miller says it's actually harder to spot than you'd think.

The law allows people to still have their phone in their hands while stopped at a red light.

And they can still use it for GPS or calling as long as they're not in a school or work zone.

In one hour Officer Miller found one person.

Casey Dozier says she didn't even see us next to her because she was buried in her phone.

"I was trying to hit the call button from searching from a website and it wasn't working and it was probably best to put my phone down and I didn't and that's why I got pulled over," said Casey Dozier.

Officer Miller says the lack of attention shows just how dangerous it could be when you take your hands off the wheel.

"She didn't even know I was there let alone next to her at the traffic light that was 3,4,5 blocks back so it just shows you're just not aware of your surroundings and what's going on."

Miller let her off with a warning since she says she wasn't texting.

"The next time she gets stopped she can possibly get a citation," said Officer Miller.

Even Dozier admits she's going to think twice before she does it again.

"I think it's good to keep phones out of reach in a moving vehicle. I see so many cars today that people's heads are down and they're swerving and getting into your lane I think it's just really important to keep people safe."

First time offenders are looking at a $30 ticket.

The second time it will be double that.

Again, if you're in a school or work zone there's no excuse that could get you out of a ticket.