How Many of Your Employees Live Paycheck to Paycheck? - HR Daily Advisor 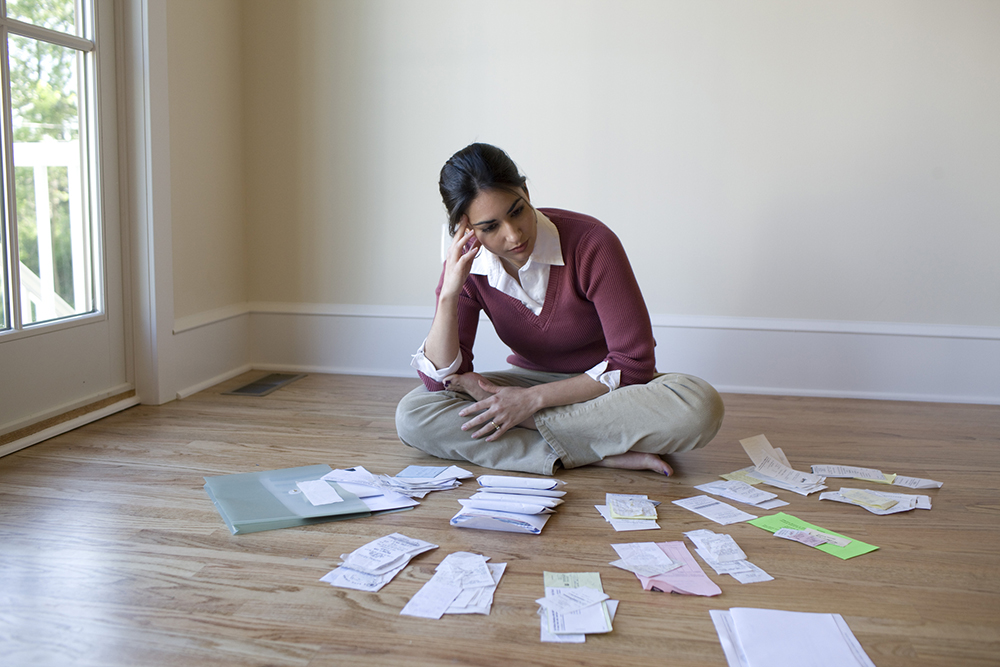 A survey by CareerBuilder found a whopping 78% of U.S. workers said they were living paycheck to paycheck. Other studies show that roughly one-quarter of Americans have no emergency savings at all; another one-quarter have less than the recommended minimum 3 months’ living expenses. A Creditcards.com survey found that 65% of Americans say they lose sleep over money worries. Even 10% of those earning over $100,000 a year worry about making ends meet.

It’s not just those working for minimum wage who live paycheck to paycheck—it’s most of us.

All of this has led to new research on what’s called financial “precarity,” or a sense of financial precariousness, living month to month or paycheck to paycheck, unsure of how the bills will get paid.

It’s not just about how much money we make, so it has to be something else. The feeling of precarity seems to have more to do with the size of someone’s bank account than the size of his or her paycheck, says Jirs Meuris, a professor of Management and Human Resources at the University of Wisconsin-Madison.

“What I found was one of the biggest drivers (of stress) was not having savings,” he said. “Income—it’s really not the most important driver. It’s really about your safety net.” Workers who are one illness, missed bonus, or auto repair bill away from missing a mortgage payment suffer far more stress than those who are more prepared for the unexpected.

It’s obviously morally and socially wrong that so many hard workers live with so much stress and uncertainty. But I’m willing to skip the appeal to hearts and go right to wallets. I’ll play the executive-manager-stockholder game: So many living paycheck to paycheck and burdened by financial precarity is bad for the bottom line and hurts workplace safety and productivity.

New research connecting financial worries with trucking accidents offers some of the first data linking job performance and financial stress. Meuris and Carrie Leana, a professor at the University of Pittsburgh, published research on the trucking industry, which demonstrated that drivers who were stressed about their bills at home did indeed take those worries out on the road. Perhaps more important, Meuris was able to set a price tag on that financial stress.

“Financial precarity came out as a significant predictor of accident rate,” he said.

Each standard deviation of increased driver precarity was linked to about a one-half-percentage-point increase in likelihood of a preventable accident. In dollars and cents, that’s a huge increase. Each accident costs the trucking company more than $100,000. At the average-sized truck-driving firm studied, Meuris estimated an annual $1.3 million in preventable costs from accidents linked to precarity.

It makes sense. After years of public campaigns about texting and driving, as well as gruesome evidence of links between smartphone use and accidents, there’s little question about the danger of distracted driving. What’s more distracting than not being able to pay the bills?

Another trend that contributes to precarity is variable work schedules, an issue that’s recently attracted much attention—and some local legislation. A recent study found that three-quarters of workers at large retailers get fewer than 2 weeks’ notice about their schedules. That screws with sleep schedules, financial planning, and childcare arrangements. Not surprisingly, there is a link between schedule instability and income instability—two-thirds of workers in this group said their incomes vary week to week.

“An impressive number in an industry in which companies work hard to achieve increases of 1-2%,” write Joan C. Williams Saravanan Kesavan and Lisa McCorkell in their Harvard Business Review article about the study.

Given that the precarity of living paycheck to paycheck impacts the bottom line, businesses have a duty to alleviate it as best they can. Often, when companies set compensation levels, they employ a strict calculation concerning what the labor environment requires. But salary isn’t only about attracting workers, motivating them, or retaining them. There’s also the real-life issue, or “Can they live on what you are paying?” In some situations, it might make sense to pay above-market salaries in order to get better work. It also might make sense to offer more predictable pay or simply some training in effective budgeting.

This new but growing evidence of the impact of living paycheck to paycheck shifts the argument for providing financial security from a moral and social one to a corporate one. It’s a fresh business case for treating employees well—but it’s not as simple as pay raises. Providing financial predictability, flexibility, and education also helps alleviate financial precarity and improves the lives of individuals and organizations alike.

Having workers with financial stress hurts the bottom line. And that’s not a campaign slogan—it’s science.

PeopleScience is headed by Editor-In-Chief Jeff Kreisler, a best-selling author, with Dan Ariely ofDollars and Sense: How We Misthink Money and How to Spend Smarter.

Bob Sullivanis a veteran journalist and the author of four books, includingThe New York Timesbest-sellersGotcha CapitalismandStop Getting Ripped Off!