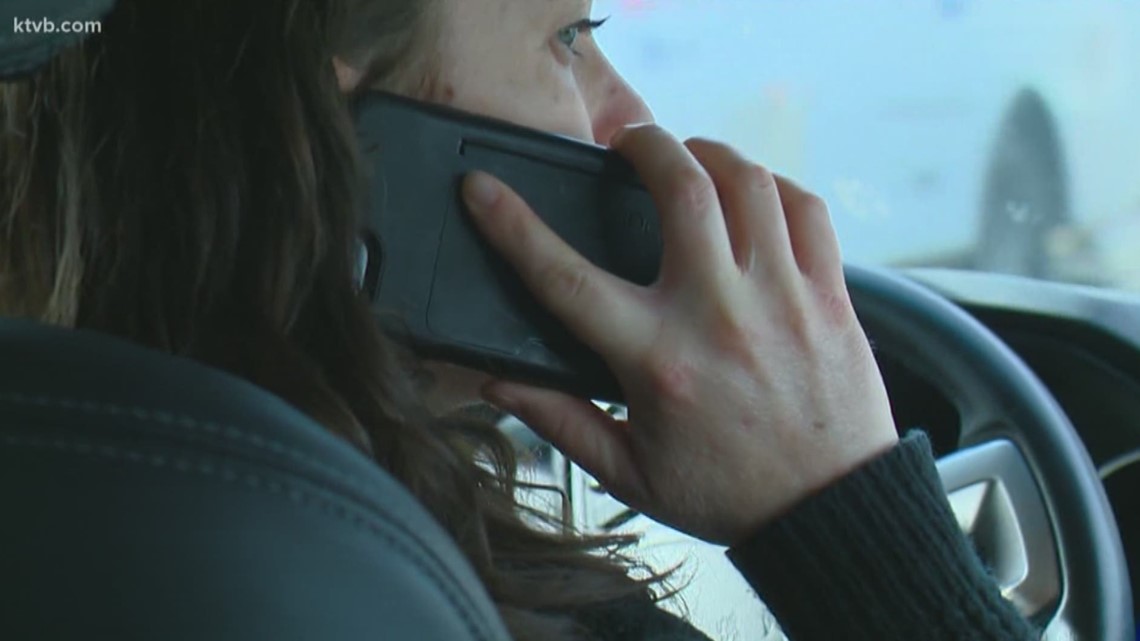 BOISE, Idaho — A bill that would make it illegal to drive distracted was introduced on Wednesday at the Idaho Statehouse. The current law says it’s illegal to text and drive while in Idaho, but the bill would take it up a notch.

The first thing this bill would do is eliminate any city or county law that prohibits texting and driving.

An example of this is Meridian's new hands-free ordinance. The new bill, introduced by Rep. Joe Palmer (R-Meridian), would eliminate that and other municipality’s laws to have a uniform statewide law.

The measure would also allow law enforcement to pull someone over for more than just texting and driving.

RELATED: 'The primary thought is safety': Meridian Police to start ticketing for hands-free ordinance on Jan. 1

"Could be anything that distracts you from paying attention to the road," said Palmer, the chair of the House Transportation and Defense Committee and bill's sponsor. “If any policeman sees you and you're doing something in your vehicle that distracts you from operating your vehicle properly, then he has the right to write you an infraction ticket.”

“We can use law enforcement to make a difference for people that are texting and driving or putting on makeup or whatever, anything that is unsafe," he said.

There is bi-partisan agreement for one law governing the entire state, but House Minority Leader Ilana Rubel has her concerns about certain language in the bill.

"I just want to make sure there are clear enough definitions, so I'm kind of keeping my powder dry on it for now,” she said.

The main concern for Rubel is the language pertaining to what constitutes as distracted driving specifically, and what doesn’t.

“That is not just one police officer decides listening to the radio is distracted,” she said. “And another one decides talking to your friends in the car is distracted.”

Palmer told the committee there are other versions of his bill floating around the Statehouse. He will wait to hold a hearing until he discovers which one might be the best version.

“I'm not stuck in saying my bill is the perfect bill, I have no problem with someone else’s,” he said. “If we have another one that is a better bill, and more of the people want to go through that bill, that is what we will do.”

Palmer estimates the bill will be back in his committee early next week, but again, it’s undecided when an actual hearing will take place or if one will occur at all.

Current Idaho law addresses inattentive driving. It is considered a lesser offense than reckless driving, but the statute doesn’t specifically mention being distracted by a mobile device.

The proposed bill would make distracted driving an infraction. The punishment for it would be a $90 ticket, plus court costs.

RELATED: Temporary lawmaker sworn in to fill in for Rep. John Green, who's on trial in Texas