HB 1070 cracks down texting and driving, the bill has support from some in town. 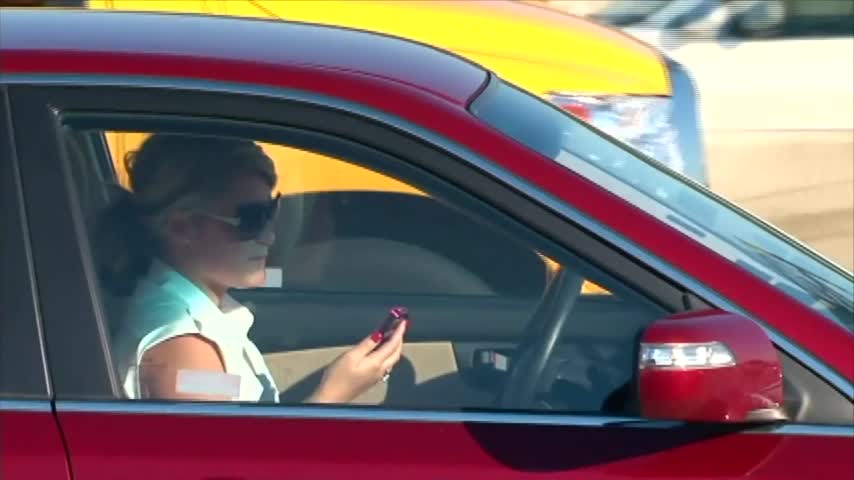 TERRE HAUTE, Ind. (WTHI)--This law will ban using your phone behind the wheel. So no more checking that last-minute email or posting something to the gram.

Some we spoke with say this small change could protect many.

Maya Jamison said it only took five seconds for a crash to claim the life of someone she cared for.

"I've actually had people pass away from it. Texting and driving is actually a very dangerous activity," said Jamison.

She said it's an eye-opener for her and should be for all drivers. That's why she's on board with house bill 1070. It cracks down on distracted driving.

"It's just it's like a pointless death you know what I'm saying it could have easily been avoided. It just takes away from the actual driver's responsibility of paying attention," said Jamison.

The bill would put more emphasis on "no phones" while behind the wheel. That means nothing like texting or posting on Instagram. You can, however, use the device if its hands-free or voice-activated or calling 911.

"Having that mount is very helpful of the fact that it is still is in my windshield view, so if I do take that quick glance over to it I'm not looking that too far over," said Jamison.

"On a daily basis, there are 9 fatalities in the united states that are contributed to driving while distracted and over 1,000 injuries," said Indiana State Sergeant Matt Ames.

Sgt. Ames said if this bill comes into law it could save many lives.

"It's going to allow us to provide safe roadways for all the motorists out here and that's what the governor's office is trying to do," said Ames.

The house could vote within the upcoming week to endorse the bill or sent it to the Senate for consideration. Jamison says this is a bill that needs to be passed and enforced.

"You could wait you know that text could wait cause it could...it could change someone's life," said Jamison.

The bill also lists numerous fines. The maximum fine would be $500.