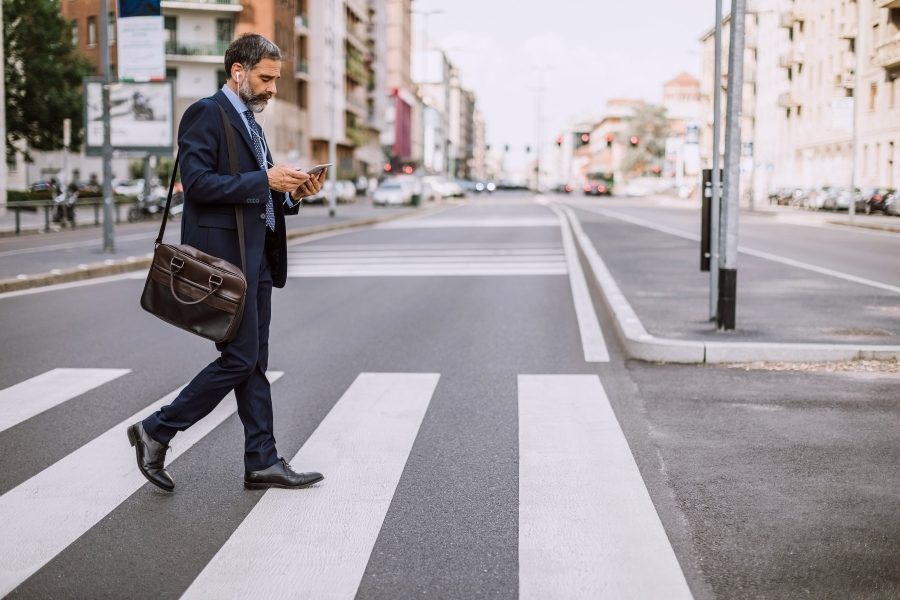 While texting and driving has become troublesome for both teens and adults, a new study looked at the risk texting poses for pedestrians crossing the street.

According to the researchers, texting, more so than any other pedestrian habit like talking on the phone or listening to music, creates the biggest risk for those crossing the street.

“Given the ubiquity of smartphones, social media, apps, digital video, and streaming music, which has infiltrated most aspects of daily life, distracted walking and street cross will be a road safety issue for the foreseeable future,” the researchers explained. “Establishing the relationship between distracted walking behaviour and crash risk is an essential research need.”

To understand how consumers’ actions while crossing the street could affect their safety, the researchers analyzed several previous studies to determine the common trends that emerged.

With nearly 1,000 participants involved in all of the studies, the researchers assessed the distracting habits that pedestrians engage in while walking and the safety measures they took when crossing the street.

The participants from the various studies were evaluated on several counts:

The three main behaviors associated with pedestrian distraction were talking on the phone, listening to music, and texting.

Ultimately, talking on the phone proved not to be an issue for pedestrians’ safety; however, texting was found to be the biggest hindrance to safety when crossing the street. The researchers also found that listening to music can make pedestrians’ trip a bit longer, as they were more likely to miss the chance to cross or take a beat too long to start crossing.

Texting increased the likelihood that pedestrians would be involved in accidents -- both with other walkers and with cars on the road. Moreover, those who were texting were less likely to check the intersection before walking.

The researchers don’t predict this trend to end anytime soon. They say it’s up to pedestrians to prioritize their safety and pause their texting until they’re safely where they need to be.