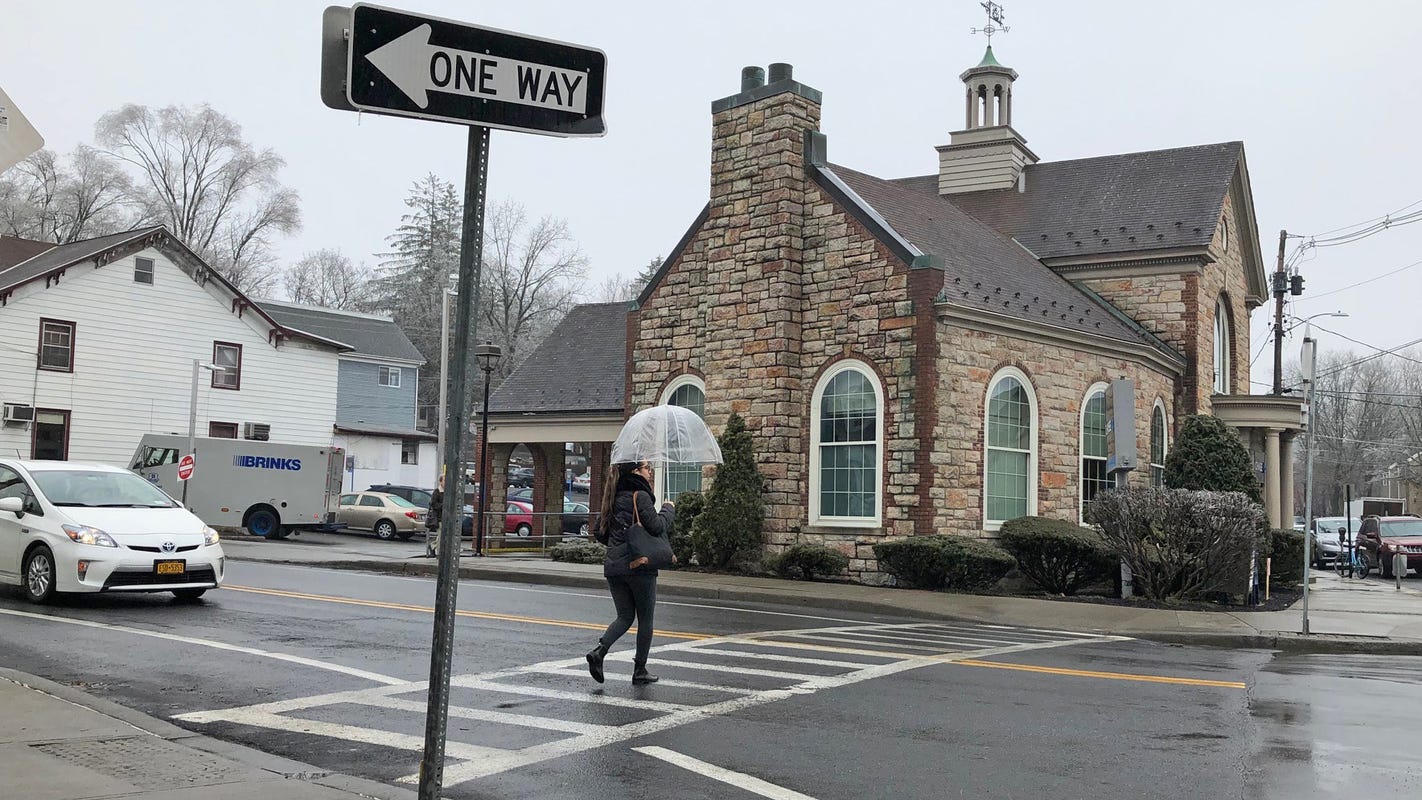 The number of pedestrians struck by vehicles on Main Street in the Village of New Paltz has risen sharply in the past two years.

Officials are trying to determine if a lower speed limit, or some other solution, will reverse the trend.

Lt. Robert Lucchesi of the New Paltz Police Department said 11 pedestrians were hit in 2018, and last year the number rose to 21. By comparison, there were only five in 2015, and four each in 2016 and 2017. Those numbers also include bicyclists who were hit.

There have already been a couple of incidents in 2020. Last week, a 59-year-old man at a crosswalk near the intersection of Main Street and South Oakwood Terrace was struck by a 66-year-old driving eastbound on Main Street, according to New Paltz police. The 59-year-old sustained injuries that appeared to be non-life threatening, police said.

Lucchesi could not cite a single reason for the increase, noting there are a “variety of factors” that differ from case to case.

The village board wants to try lowering the speed limit.

Mayor Tim Rogers said that because Main Street is part of Route 299, a state highway, the town board’s support is needed for any request to the state Department of Transportation to reduce the limit.

The village board last month approved a resolution asking the town board to petition the DOT to reduce the speed limit on Main Street/299 to 25 mph. The current limits are 30 mph in the village and 35 mph in the town. The two boards were scheduled to discuss the matter further at one of their regularly scheduled joint meetings Thursday night.

The village board also wants approval for more crosswalks.

Some pedestrians and shop workers along Main Street on Thursday were skeptical that a lower speed limit would help.

Lori Emory, of Stone Ridge, was one of several who said that what's really needed is “less texting and driving.”

Tozzi has a unique perspective on the problem. As a former New Paltz crossing guard, she sees the point of view of both drivers and pedestrians.

“A lot of drivers are not paying attention,” she said. “Everybody needs to pay more attention. No more laws are needed.”

But Tozzi also said there might be some spots where inadequate lighting is a factor.

Ryan Coyle, of Kerhonkson, who was working behind the counter at Heady Teddy’s Outfitters on Thursday, had another suggestion. He said a way should be found to steer big tractor trailers and other vehicles that are just passing through away from Main Street, perhaps to Henry W. DuBois Drive.

“I’ve been saying this for years,” Coyle said.