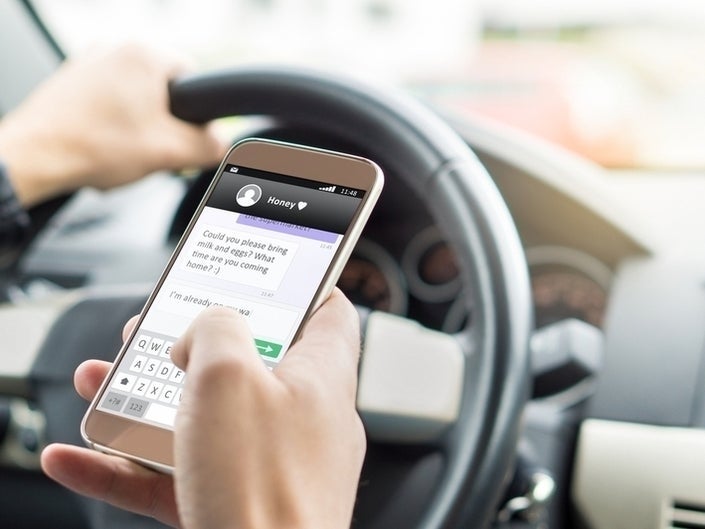 COLUMBUS, OH — Governor Mike DeWine is proposing legislation that would make texting while driving a primary offense, meaning police could stop drivers for the offense. The bill would also increase the penalties for using a cell phone while driving.

"The use of wireless devices while driving has become so common that many drivers don't stop to consider the deadly consequences," said DeWine. "Although Ohio's current laws are well-intended, they simply haven't gone far enough to change the culture around using technology behind the wheel. By strengthening Ohio's laws, we believe we can change behaviors, prevent crashes, and save lives."

The new Hands-Free Ohio bill is sponsored by state Sen. Stephanie Kunze, a Republican from Hilliard, and state Senator Sean J. O'Brien, a Democrat from Bazetta. The legislation specifically makes the following a primary offense while driving: texting or reading texts, watching or recording videos, taking photos or looking at photos, livestreaming, using apps, playing games, entering information into a GPS navigation program, dialing phone numbers or holding a phone while on a call.

All of those activities are currently secondary offenses in Ohio. Police cannot stop drivers for committing those offenses unless they also commit a primary offense, like running a red light.

The Ohio State Highway Patrol said traffic fatalities have increase in five of the past six years. Current data says 2019 was the second-deadliest year of the decade, with more than 1,100 people dying on Ohio roadways.

Supporters of the Hands-Free Ohio legislation believe smartphones are causing some of these deaths.

"We have no doubt that fatal crashes in Ohio have increased due to smartphone use," said Sen. O'Brien. "Other states that have enacted hands-free laws have seen significant reductions in traffic fatalities, and I'm confident that our Hands-Free Ohio bill will lead to more responsible driving all over the state."

The legislation would allow drivers to make emergency calls using their hands. Drivers could also carry on conversations or dictate text messages using hands-free mode on their smartphone. GPS navigation systems will be permitted by the bill, but destinations must be entered prior to cars hitting the roadway.

Law enforcement would be directed to issue warnings instead of penalties for the first 6 months after the bill's passage. This would give drivers time to adjust to the new laws, DeWine's office said. The Ohio Department of Transportation would also install road signs with information on the new cell phone laws.

"We must make the use of wireless devices behind the wheel as unacceptable as drinking and driving is today, and we believe that tougher consequences will be a strong deterrent," said Sen. Kunze. "The purpose of this bill is not to make more traffic stops or put more people in jail, it's to get drivers to put down their phones so that people stop getting hurt."

Several cities have passed similar "hands-free" legislation in recent years. Lakewood recently made texting-and-driving a primary offense. The ordinance outlawed any form of distracted driving involving a cell phone, but made exemptions for emergencies and limited cell phone use by Lyft and Uber drivers.