‘This is going to be a hard addiction to break’: Worcester officials start campaign against distracted driving as hands-free law begins soon 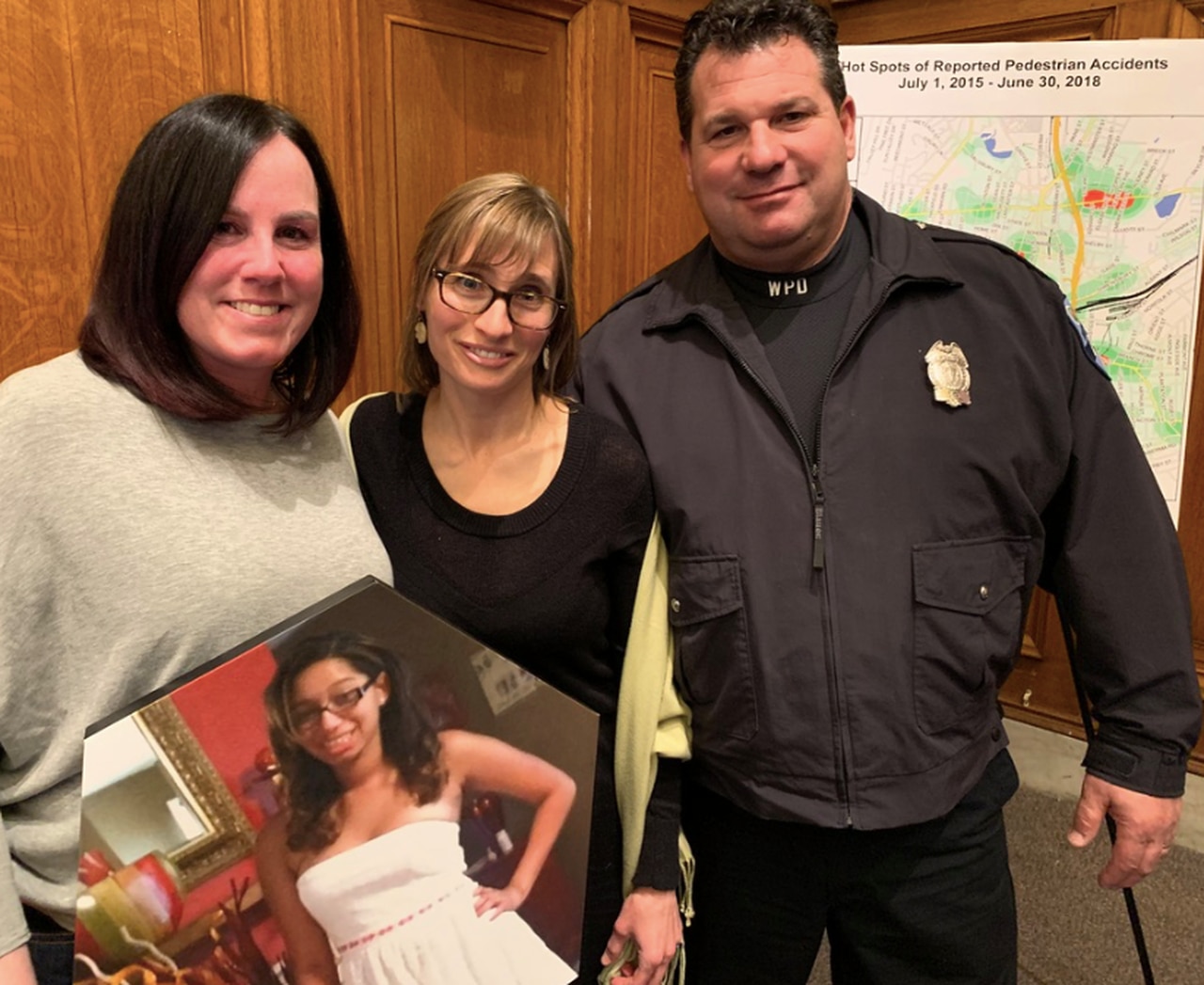 Alyson Lowell stood in front of a group of Worcester officials and began to sob.

The moment she lost her 20-year-old daughter, Gabriella, rushed back. The young woman was killed in 2018 by a man who was texting and driving.

As the hands-free law in Massachusetts takes effect on Feb. 23, law enforcement and city officials in Worcester rolled out a campaign against distracted driving.

Grabbing a phone while driving is an addiction that has cost lives. It cost Alyson Lowell the life of her daughter.

“This is going to be a hard addiction to break,” Worcester District Attorney Joseph Early Jr. said.

But behavior has to change. Lives are being lost, he said.

The “Eyes Up, Phones Down, Worcester” campaign was rolled out during a press conference Tuesday in Worcester City Hall.

Worcester police, the district’s attorney’s office, city councilors and the city manager’s office all collaborated to work on the initiative designed to educate the public about the hazards of both distracted driving and walking in order to reduce motor vehicle crashes and increase pedestrian safety.

The campaign will involve the schools talking to students, police enforcing distracting driving laws and a social media blitz by Early’s office. The district attorney’s office and the Worcester Police Department have already conducted talks at schools about distracted driving and will continue those presentations.

“It really is common sense,” Early said. “Life can change in the blink of an eye. We see accidents that are caused by split-second decisions and actions.”

Early called cell phone use an addiction because he believes people are conditioned now to wait for a text or look forward to answering the cell phone.

While public officials talked, Lowell held a picture of her daughter. Next to her stood Emily Stein, the president of Safe Roads Alliance who lost her father to a distracted driver.

In a letter read by Stein, Lowell recalled the day her daughter was killed.

“She was my only child and the light of my life,” Lowell said about her daughter in the letter. “She was robbed of her life at the tender age of 20.”

Gabriella was in a crosswalk on Grafton Street in Worcester on June 12, 2018 when she was struck by a car driven by Tyler Hamilton.

He checked a text message of a thumbs-up emoji and struck Gabriella.

According to court documents, Hamilton told police, "I'm not gonna lie, while I was driving, I got a text message alert on my phone. I looked over to the right at the phone but did not touch it when all of a sudden, I heard the bang. I never saw her!"

Hamilton pleaded guilty to a charge of motor vehicle homicide by negligent operation and also admitted to texting and driving during the crash.

He was sentenced last year to four years of probation and a 15-year loss of his license.

There is so much pain that can be avoided in these types of crashes, Early said.

Worcester Police Chief Steven Sargent pointed out that police will only issue warnings for the new hands-free law until March 31. Police want compliance, he said.

In the past two years, Worcester police have issued 1,200 citations for distracted driving, Sargent said.

In 2019, Worcester police saw 267 pedestrian crashes. Five of those crashes were fatal.

“We believe many of these crashes may have been prevented if drivers weren’t texting or in some cases, pedestrians were paying more attention to the road,” Sargent said.

Pedestrian accidents increase between the hours between 2 and 9 p.m. and occur mostly on Tuesday and Wednesday, the chief said.

Worcester City Councilor Morris A. Bergman, a former criminal prosecutor for the Worcester District Attorney’s office, pointed out that pedestrians need to be aware as well.

As the city grows and more people come to Worcester, both drivers and pedestrians need to be aware of the consequences of distracted driving or walking. Lives can change in seconds, Bergman said.

City Manager Edward Augustus Jr. said with more people coming to the city, with the expectation of added visitors when the Worcester Red Sox stadium opens, it is the city’s duty to keep people safe.

Simply put, the call or the text can wait, he said.

Stein added that so many of these crashes, both pedestrian and vehicle, can be prevented. People are making known, risky decisions and the behavior needs to change, she said.

“Picking up a phone is something you don’t have to do,” Stein said. “We share the roads with precious lives.”

Early said people can put their phone on safe driver mode, power it off or throw it in the glove box while driving. He reminded pedestrians to use crosswalks and use the cell phone flashlight at times so drivers can see them.

“Pay attention to the ride, not the phone,” he said.