Who do rules about texting and driving really protect? 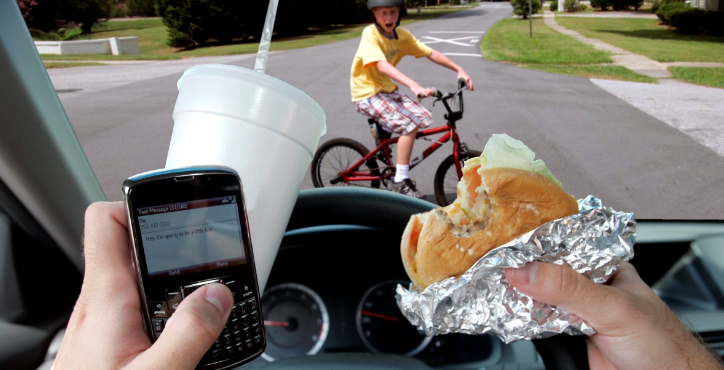 OSHA came out with guidelines about mobile device use while drivingby employees. So why do I have mixed feelings something that most people would think is a good idea?

I believe texting and emailing while driving is a terrible idea and a clear safety hazard. But, management and insurers can use rules about mobile device use while driving to deny workers’ compensation claims.

In the alternative the employer may affirmatively allege that mobile device used was a safety violation that would disqualify them from receiving workers’ compensation. This is a difficult burden for an employer to meet. OSHA suggests that employers set up a “disciplinary action system” for workers who violated driving safety rules. Having written rules against a practice can make it easier for an employer to defeat a workers’ compensation claim by arguing an employee was willfully negligent.

Generally, workers compensation laws are favorable to workers who are injured while travelling, this known as thetravelling employee doctrine or presumption. But in fairness to the insurance industry, this legal doctrine developed before the use of mobile phones.

In fairness to OSHA, their guidance on mobile phone usage was also meant to protect workers from being forced to use mobile devices while driving. Those who work and live in relatively remote areas know the term “windshield time” to describe long car trips. There is intense pressure to use that time productively. There is a strong temptation to text or email while driving even though you know the hazards.

The guidelines may give employees some protections against retaliation if the refuse to text or email while driving. But anti-retaliation laws are only as good as the court cases that interpret them and some courts have recently began to curtail protectionsafforded by those laws.

I speak from first-hand experience. I do a lot of long-distance driving for work.  If areas like rural Nebraska were better served by air, rail and bus service, I wouldn’t need to drive so much. The same goes for many workers in states like Nebraska. But thanks to transportation deregulation those of us who travel to and within rural areas are stuck in our cars during business hours.

Texting and driving creates risks for other motorists in addition to the drivers who text and drive. But the law already punishes drivers who cause accidents through use of their mobile devices. Drivers who text and drive can be punished criminally and be held accountable in civil cases. Accountability for employers who create dangerous working conditions is mostly limited to state workers’ compensation laws.

I believe the risk of distracted driving is apparent to any adult. Why does OSHA need to issue guidance?  I suspect it has something to do with my point about employers using rules against cellphone usage while driving to deny workers’ compensation claims.

But while OSHA is issuing guidelines about the obvious risk of texting and driving, the United States Department of Agriculture is overlooking the obvious risk of overuse injuries to packinghouse workers. The USDA in the Trump andObama administrations have allowed meat processors to speed up lines to the detriment of workers. I hope if there is a new presidential administration next year, that administration will use its rule-making power to make workplaces safer and not give employers ways to dodge their responsibilities under state workers’ compensation laws.