How dangerous is texting while walking? Will Ujek put his 3News coworkers to the test 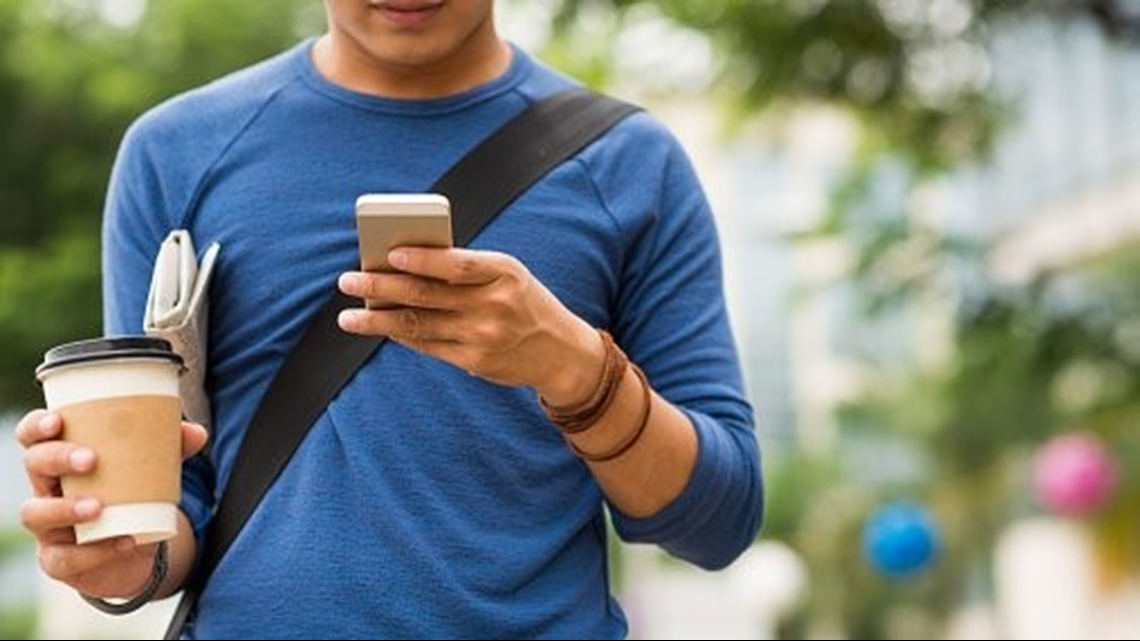 We’re all guilty of it. If you’re walking somewhere, especially if you’re alone, chances are your phone is in your hand. However, is it really that much safer than texting and driving?

To find out how occupied we become while looking at our phones and moving about, we set up a social experiment to test a few coworkers. They were told they were being tested on the accuracy of their text messages, without using backspaces, while walking. However, they didn’t know we had a bit of an obstacle course set up. I wrote messages on the ground in chalk, taped down a $10 bill, and had people holding signs placed along the walk.

So how distracting is it to text while walking somewhere? Out of the four people tested, only one of them spotted just one of the planted distractions. That falls in line with what you’d expect. A recent study shows that 60% of people texting and walking can’t keep a straight line.

"You only have so many attentional resources to go around," Dr. Alan Lerner, Director of Brain Health and Memory Center at University Hospitals, said. "We usually tend to do one much more in favor of the other. So when we walk and text, we’re really texting and walking."

The fact of the matter is, while many of us think we’re good multitaskers, our brains actually have to switch from task to task. That switch leaves gaps and pulls focus from the second or third task we’re doing.

"Switching is really part of the problem and although it seems like it happens very quickly, it actually degrades performance in both tasks," Dr. Lerner explained.

After the test was revealed to the participants, Sara Shookman said, "It definitely makes you think that you should be a lot more careful."

Russ Mitchell? "This kind of highlights the fact that, you know this texting thing is dangerous. I didn’t see any of these folks at all. I certainly didn’t see the $10."

"For money, I would have told you that none of that happened," Jay Crawford said. "I was wrong."

RELATED: How do you see yourself? 3News' Will Ujek tests 2 friends' perception of each other

RELATED: Cognitive Dissonance: Can you recognized beauty in unconventional spaces?