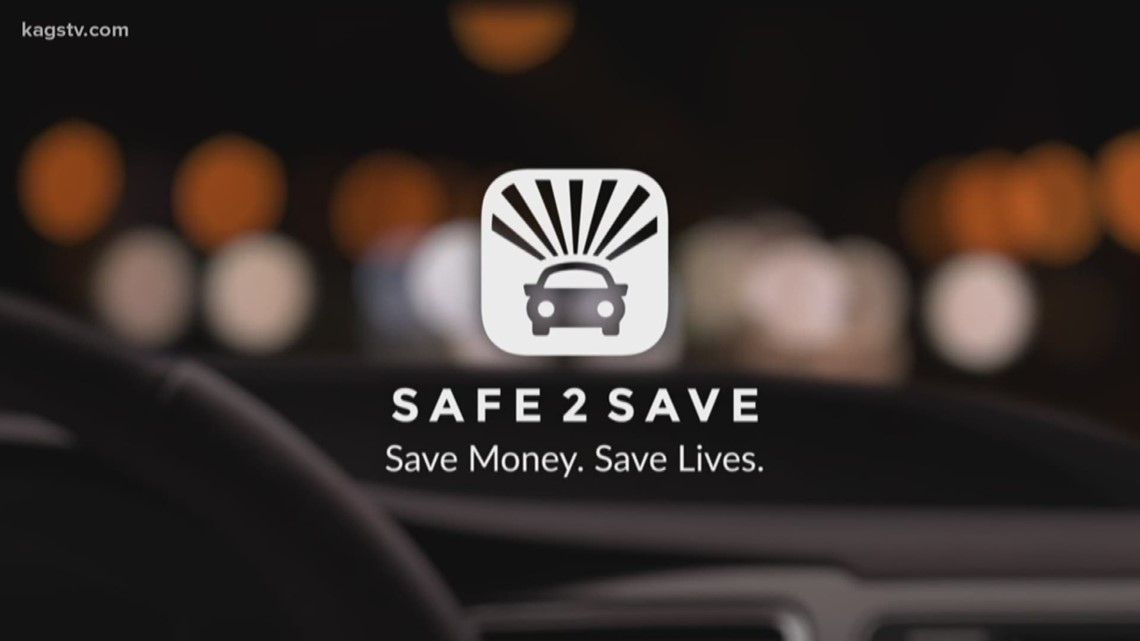 BRYAN, Texas — It’s so tempting to reach for your phone and send a quick text while you’re driving.

According to TxDOT, distracted driving is one of the main causes of vehicle accidents, and that is where Safe2Save comes in.

“Safe2Save is an initiative to motivate people to not text and drive. It’s in the form of a free app, available in english and spanish, and it’s bigger than an app because it also helps motivate people in a really engaging way,” said Safe2Save CEO Marci Corry.

Users receive points when they are in motion and not touching their phones. These points can then be used at local businesses.

“Because let’s face it, everyone loves to eat at different kinds of places. So having places like Schlotzsky’s and Blue Baker on as well as places like Clean Juice and Porters and McDonald’s, all kinds of restaurants you need a wide variety,” said Corry.

For the last month, ten high schools in the Brazos Valley have been competing in project graduation. This competition is a partnership between Safe2Save and TxDOT.

“TxDOT is generously giving money into their graduation funds which is a really neat way to have a lock-in provided for kids after prom or graduation, so that they’re safer, not drinking or driving, helping bring about the awareness of distracted driving,” said Corry.

Corry said Project Grad is seeing teens putting good positive peer pressure on each other to not use their phones while they drive.

“Texas A&M Transportation Institute had a study that showed before Safe2Save and after Safe2Save, there was up to even a 21% decrease in how much teens were texting and driving on their phones in intersections near those high schools. There really is an impact that can be made. Parent intervention is key, we want parents to really be engaged,” said Corry.

The competition ends February 29,  and interested schools and students can still compete until then.

The competing schools are listed below:

To find out how to join your school's competition, click HERE.

Texas Election Guide 2020: What to bring, where to vote and what's on the ballot