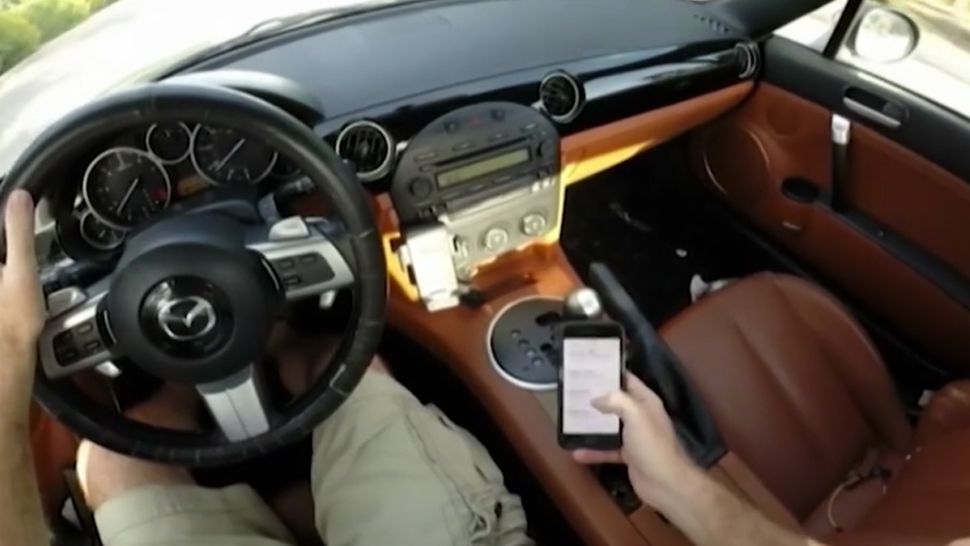 COLUMBUS, Ohio — Ohio's texting and driving law was put into place in 2012. But as it stands, it’s a secondary offense — meaning you have to commit another infraction before police can pull you over or cite you.

Michelle May, with the Ohio Department of Transportation, has lobbied for the change, which has the support of Governor Mike DeWine, among others.

“Young drivers between the age of 15 and 25 had the highest number of serious injury crashes and traffic deaths in the state of Ohio and really, across the nation. The earlier we can get to kids who are school age and teach them the dangers of distracted driving, the safer they'll be and everyone around them,” said ODOT Highway Safety Program Manager Michelle May.

May says while people think it’s okay to check an email or text at a stop sign, research indicates that's not the case.

“You can put your phone down, but your brain is still processing that email and text. And there could be a cognitive delay of about 18 to 27 seconds, which is the equivalent of driving down the road about three football fields,” said May.

That includes texting, watching or recording videos, punching in GPS information, and even calling someone on the phone.

“We're seeing that cars have been safer than they've ever been, that road maintenance has been better than it ever has been. So, what is causing this to occur? It appears to be distracted driving,” said O’Brien.

“If an officer sees you holding a device, manipulating a device, he or she can pull you over and warn or site you for that behavior, correcting it before it leads to a crash,” says May.

“The lowest state statistically saw a 2 percent drop in fatalities. Others have seen 30 percent, up to 50 percent in Hawaii. So, when you see that type of data, we need to do something to save lives. The governor is 100 percent on board, this is part of his initiative and he is behind this, so I think this bill will move,” said O’Brien.

Under the proposed law, the first violation would carry a $150 fine and 60-day license suspension.

The bill has only been introduced and would have to pass the Senate and the House before going to the governor’s desk to be signed into law.