True Crime Advice: Is It Morally Defensible to Own a Charles Manson Dishtowel? 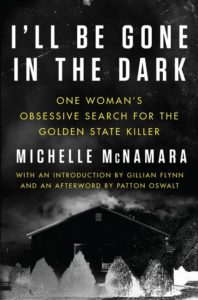 Now that true crime obsession has gone mainstream, a whole host of dilemmas and debates have wormed their way into everyday life: should I stay up all night watching Dateline re-runs? Will my boss understand if I have to take time off work to catch up on the new season of Serial? Have I in fact solved the notorious Zodiac case and should I begin all conversations casual and otherwise with that bombshell revelation? Also, it can be pretty hard to keep up on what we should be reading, watching, listening to, and studying. That’s why we’ve asked Tori Telfer, author of Lady Killers: Deadly Women Throughout History (Harper Perennial, 2017) and the host of the Criminal Broads podcast to tackle the weightiest issues of the day from around the crime community. Each month, she checks in with readers to help solve their most pressing true crime quandaries.

How do I continue to read true crime—which I am fascinated by—without letting it affect my mental state? —KellyRose, Chicago

First of all, congratulations on not being a sociopath! Only an empathetic person would ask this question; that being said, empathy can start to feel like a real burden when you’re reading about cults, kidnapping, and murder. Here are a few tricks that may help you establish a healthy true crime reading “practice,” if you will.

(1) Know your limits. Is there something you hatereading, hearing, or thinking about? Get away from those subjects like you’re Ted Bundy jumping out of an Aspen courthouse window! Me? I can handle reading about serial killer and cult leaders, but I hate, loathe, despise, and abominate mass shooters. I started high school in a post-Columbine world, and the mass shooter is the bogeyman of my generation. Some people might be able to read Columbine, by Dave Cullen, one of the first reporters on the scene, or watch the 2018 movie Utøya: July 22, based on the real-life Utøya summer camp massacre in Norway. But I’ve learned that those stories don’t end up “teaching me something about X” or “increasing my understanding of Y”—they just terrify me and make me miserably paranoid.

(2) When it comes to true crime, statistics are your friend! You might read I’ll Be Gone in the Darkby Michelle McNamara and become petrified at the thought of an insane killer creeping through your garage door and waking you up with his eerily high-pitched voice. (Scream it with me now: AAH!) But let me assure you that “death by serial killer” is an extraordinarily rare way to go. Take this stat, calculated by a retired homicide detective and designed to be read through tears with angels singing in the background: “You’ve got a .00039% chance of being a serial killer’s victim.”

Extra-scary monsters, like serial killers, terrorists, and family annihilators, are outsized figures in pop culture and in many of our brains, because Hollywood loves an uber-villain and because it’s human nature to imagine the worst-worst case scenario. But next time you find yourself full of anxious energy, use it to yell at your friends to stop texting and driving. That’s a far better use of your time than worrying about serial killers, I promise.

(3) Rethink the entire genre. Take our most iconic true crime books, like In Cold Blood by Truman Capote or Midnight in the Garden of Good and Evil by John Berendt. Are these survival guides designed to warn you about murderers, or blood-spattered thrillers that are just here to scandalize? Of course not—these are carefully constructed works of history. At its best “true crime” illuminates how people live, what drives some of them to commit evil acts, and how society reacts to them. Personally, I think it’s a shame more true crime isn’t filed under the “history” section.

People love to declare that women consume true crime so they can figure out how not to be murdered. I don’t think that’s completely true, nor do I think that’s healthy. If we were really reading true crime as a protective mechanism, wouldn’t our time be better spent listening to a police scanner? Next time you crack open a book from the true crime section, tell yourself that you’re reading history instead, and you may find your mind soothed.

“What are your thoughts on commercializing crime—i.e., Lizzie Borden or Prohibition era mobsters?” —@cadavrascientist

Crime, commercialized? You can’t possibly be referring to the fact that we live in a world where you can dry your dishes with a dishtowel that has Charles Manson’s face on it, win an Oscar for playing Aileen Wuornos one year after her execution, and relax in your tub with a Ted Bundy bath soak? While it’s easy to clutch pearls about this sort of thing, humans have been commercializing crime for centuries. In 1908, people sold postcards featuring the decomposing body parts of the victims of serial killer Belle Gunness, so you might even say we’ve become a bit classier as a human race.

My DIY litmus test for commercializing crime is twofold: how long has it been since the crime occurred, and how respectful is the commercialization? The journalist Kim Wall was brutally murdered in August 2017, and there’s already a TV show being made about the crime. The director says that the show “depicts the reality and the facts soberly and precisely,” but I think we can all agree that that it’s just too soon,right?

Now, you mention Lizzie Borden and mobsters like Al Capone—let’s call them “classical” criminals. (Lizzie was acquitted, but since we’re talking about culture here, people do tend to remember her as a murderess.) Not only are the people involved long dead, but the stories have become part of American history—an integral part, I would argue. How can we remember Prohibition without the mobsters? How could we unpack turn-of-the-century Victorian-American femininity without touching on Lizzie Borden’s strange life? Because of this, I have no ethical problem with turning Lizzie Borden into fan fiction and slapping Al Capone’s face on a sweatshirt. They’re public domain figures, if you will. (PS: I did an entire podcast episode on the commercialization of Lizzie Borden, if you want to check it out!)

But there have been hundreds of “famous” crimes between Lizzie Borden and Kim Wall, and that’s where commercialization gets a little hairy, turning into a matter of personal taste. Take the American serial killers of the 1970s-1980s, many of whom have become officially iconic, for better or for worse. As with Lizzie Borden, they’re undeniably a part of our collective history. (How can we talk about the development of America’s interstate highway system, about stranger danger, about latchkey kids growing up to be helicopter parents, about DNA forensics, if we don’t talk about serial killers?) The problem is that some people who were involved in these crimes are still very much alive, like women who survived attacks from Ted Bundy, like Jonestown members who got out in time. Even some of those “iconic” serial killers are still lurching about in prison, like Gary Ridgway and David Berkowitz and Edmund Kemper. (I know. I definitely thought Ed Kemper was dead, too.) Somehow, these criminals are in our history books and in our prisons at the same time. So what do we do? Can we buy a t-shirt with their faces on it? Should we wait twenty years? One hundred years?

I hope this doesn’t feel like a cop-out, but I think that’s a moral gray area everyone has to navigate for themselves. I personally wouldn’t feel right wearing a shirt with Ted Bundy’s face on it, but I’ve been on the phone with a woman who survived his attack. But I will wear a patch that screams “TRUE CRIME” on my denim jacket, and I confess to being tempted by that Charles Manson dish towel, mainly because it’s just so…deranged! Does this make me a hypocrite? I think so! Do I think people who wear Ted Bundy shirts are being atrociously disrespectful? Not necessarily! We are all situated at different lengths from true crime, and that’s okay. Of course, as with anything, a little respect and empathy goes a long way.

“How do I get away with murder?” —Joseph, Madrid

Read The Devil in the White Cityby Erik Larson. H. H. Holmes—the mad, shrewd, ingenious serial killer at the heart of the book—was undeniably good at murder, and the book will walk you through his twisted techniques. You’ll learn useful tips, like the fact that a well-coiffed mustache can make even the craziest madman look respectable, or that building a complicated murder castle requires a keen ability to swindle your contractors. You’ll even learn a thing or two about DIY autopsies and at-home crematoriums. Note that the book also covers the tale of architect Daniel Burnham, director of the Chicago World’s Fair and another impressive mustache-grower. There’s a dangerous chance that you’ll finish the book and decided to get away with being an architect, instead, but that’s simply a risk you must take.