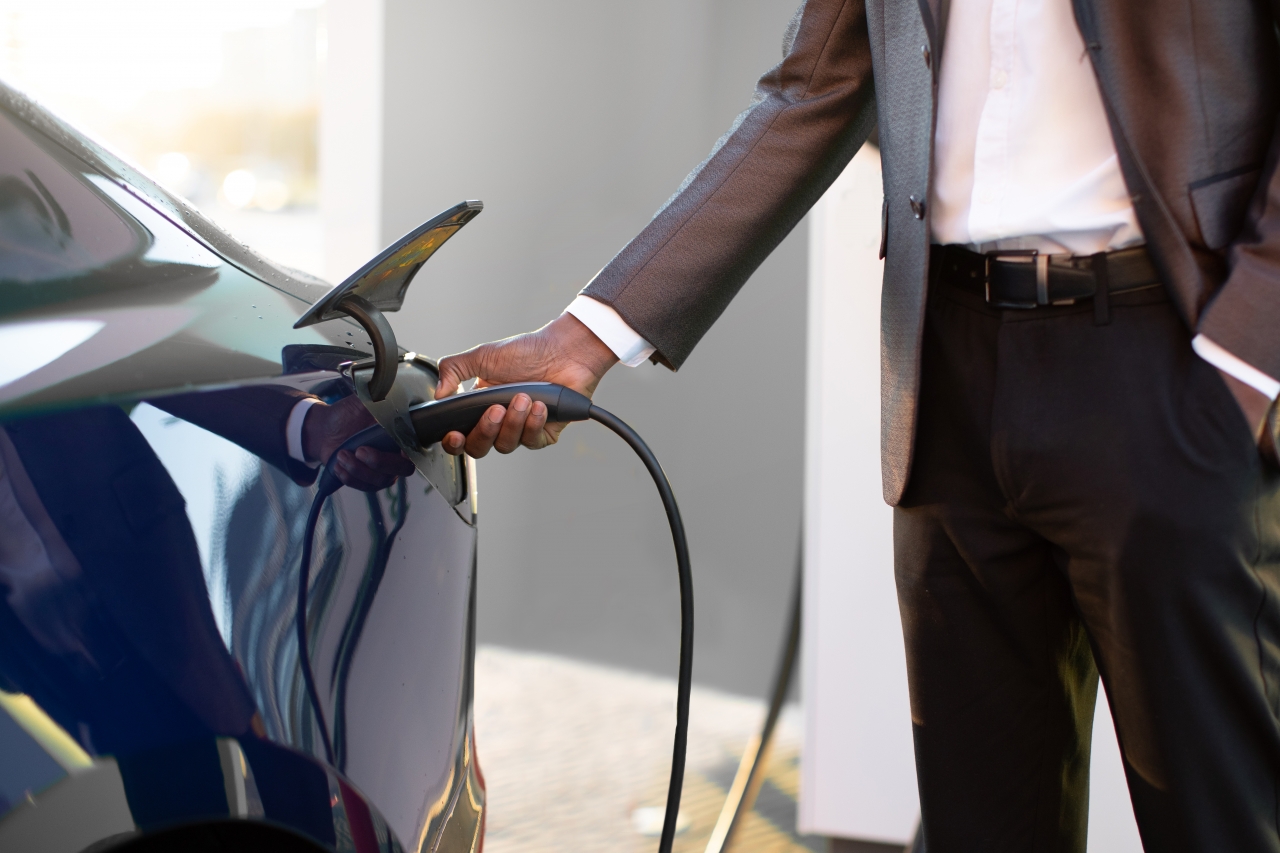 Hands-free driving law takes effect Wednesday in Indiana
10 sec ago
2 min to read
A new Indiana law that goes into effect July 1 prohibits drivers from holding a phone whwwile the car is in motion. Drivers are allowed to use the phone via bluetooth or speakers.
Aprile Rickert | News and Tribune
INDIANA — A new Indiana law that goes into effect Wednesday will make it illegal for drivers not only to be texting, but to be holding a phone at all.
Indiana House Bill 1070, which was signed by Gov. Eric Holcomb March 18, took out previous language in Indiana code pertaining to reading or sending text messages or emails while driving.
“A person may not hold or use a telecommunications device while operating a motor vehicle,” it reads, in part. However the driver can use the phone or tablet “in conjunction with hands-free or voice-operated technology,” such as bluetooth, a headset or through car speakers. Drivers can also use the phone to call 911 in case of an emergency.
“As drivers, we all have a responsibility to our fellow Hoosiers to limit eye and hand distractions that can result in tragic injuries and deaths,” Holcomb said in a news release. “This law is about protecting those who travel our roads and those who build and maintain them by preventing as many crashes as possible through smart education and enforcement.”
The first few months the law is in effect will be largely about educating the public. Once that period is over, a driver can be fined for breaking the law, and, in July 2021, can face penalty points on the drivers license for driving with a phone in hand.
“It’s going to be a learning curve for everybody,” Indiana State Police Sgt. Carey Huls said in an interview. “Because at one time or another somebody is going to get a call or a text while they’re driving and think ‘well I’m just going to look at it for a second,’ but we can’t do that.”
Sellersburg Police Chief Russ Whelan said such a law has been needed for a long time, as phones have become more ubiquitous.
“It’s been an issue for many years, probably since cell phones came out,” he said. “Any distraction obviously while you’re driving is not good...I really can’t believe that it’s taken this long to get this particular law into effect.”
While the previous version of the law addressed some phone use, Whelan said it was harder to enforce since it was really specific to text or emails.
“My hope is...that it will actually cut down on some of the crashes that we have here locally,” he said. “I can’t tell you how many accidents we have that the cause of that is they say ‘Oh, I looked down at my phone, I was answering a text,’ any of those things.”
Sgt. Huls said many people he’s talked to — both officers and civilians — have shown support for the new law, saying that it’s common sense.
“Everybody’s been there,” Huls said. “We’ve all seen somebody either texting and driving and it caused an issue or we’ve been that person texting and driving and realized ‘oh that wasn’t very safe.’”
The Indiana Criminal Justice Institute reported in 2019 that 1,263 crashes, three of them fatal, had been due to phone use, according to the news release.
“For the most part every study shows that it’s taking your eyes off the road for way too long and [making] a dangerous situation,” Huls said. “You should just be concentrating on the road and keeping your hands on the wheel.”
Tags