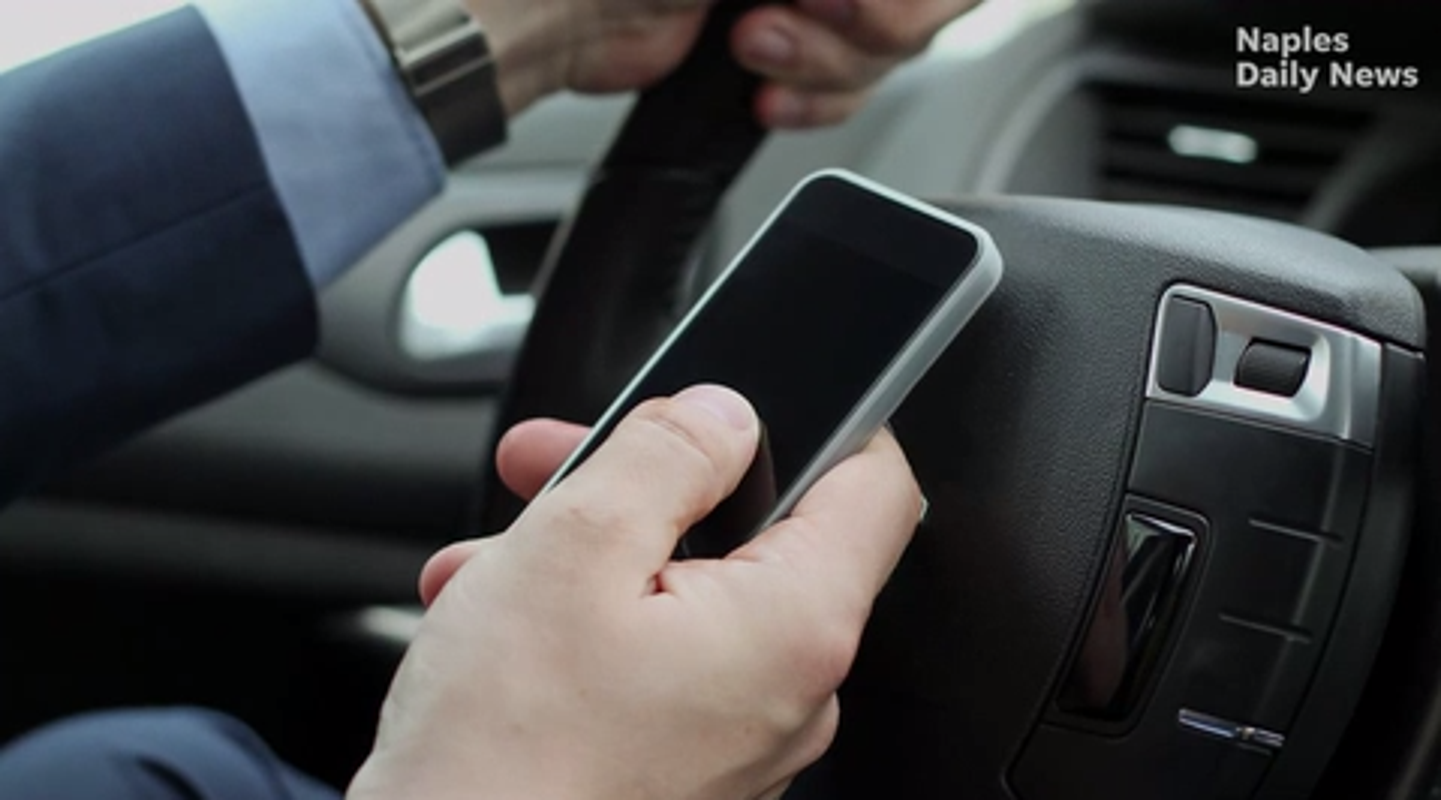 If you're an Indiana resident or just passing through the state on the I-275 loop, be sure to put the phone down while driving.

Driving while using a cellphone will soon be against the law in Indiana starting July 1 after Gov. Eric Holcomb signed House Bill 1070 into law earlier this month.

The law prohibits motorists from holding or using a cellphone while operating a motor vehicle unless they use hands-free technology such as Bluetooth or a cradle, or need to call 911 in an emergency situation.

Anyone caught by law enforcement committing this violation faces a Class C infraction with fines of up to $500, the Indy Star reported.

One late change to the bill states that motorists who are ticketed before July 1, 2021, for using a cellphone while driving will not receive points on their license, which can lead to license suspension.

Indiana currently has a ban on texting while driving, but law enforcement has found it difficult to enforce.

Indiana will join the 21 other states, along with Washington, D.C., that have hands-free laws.

Cell phone laws in Ohio and Kentucky aren't as restrictive but state leaders are moving in that direction.

In January, State Rep. James Tipton, R-Taylorsville, introduced House Bill 255.Dubbed the "Phone-Down Kentucky Act," the bill would ban the use of a mobile device while driving or while temporarily stopped in traffic.

Besides outlawing the use of phones to make calls, HB 255 also would ban watching, recording or broadcasting video on a mobile device while driving, although looking at a phone for navigation-related data would still be allowed.

Kentucky passed a ban in 2011 on texting and driving, but state law enforcement officers over the years have noted how tough it can be to enforce the measure.

In February, pair of Ohio state senators unveiled a bill to make the use of handheld devices while driving a primary offense for which officers can stop and cite motorists.

The “Hands Free Ohio” billfrom Sens. Stephanie Kunze, R-Hilliard, and Sean O’Brien, D-Bazetta, would impose fines of $150 for a first offense, $250 for a second and $500 and a possible license suspension for a third violation or more.

Except for drivers under age 18, current law only allows police to pull over and ticket a person while using a smart phone or other device if they commit another offense, such as speeding or swerving between lanes.