Parallels between Mask Wearing (or Not) and Texting while Driving 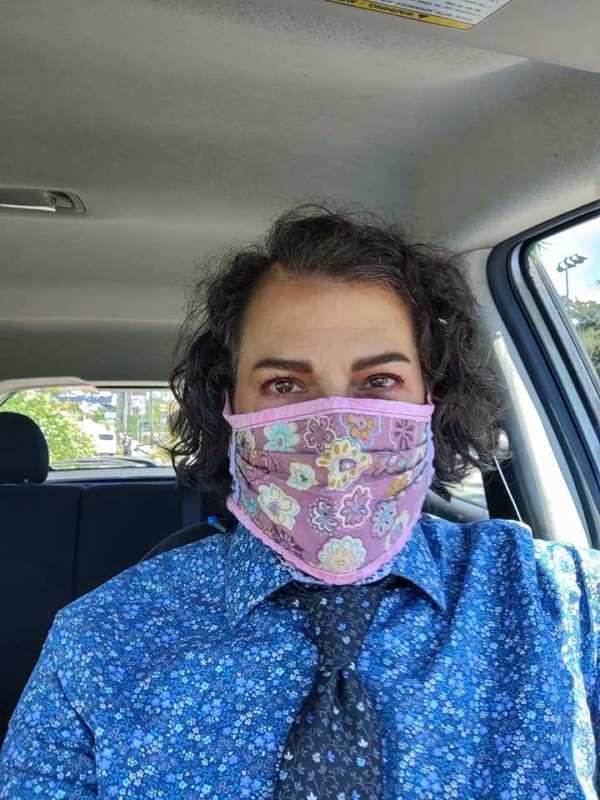 The battle lines have been drawn. In an effort to reduce and contain the spread of the novel coronavirus aka COVID-19, a statewide order in Washington now requires most people to wear a mask or other face covering. That change went into effect June 26.

It led to an almost instantaneous surge in protests by those who see it as an “infringement on their civil rights” to a welcoming acceptance by others who see it as a way to express empathy and caring for others by wearing a mask. The reactions, postings, memes and comments on social media underscore how quickly this became a divisive issue. It seems a feeble way to contain the villainous virus, but at this point in time, it’s the best defense we have – according to many.

For large numbers of people (my husband and myself included) it is a life-and-death issue due to medical conditions that make us more vulnerable, which if either of us were to come down with it, would likely be a death sentence. The daily numbers of cases are spiraling out of control, seemingly ever upward in each day’s reporting of the statistics on new cases reported and how many more lives have been lost to it. Even when there has been limited success in “flattening the curve” it seems that the virus resiliently comes roaring back as people get out and about and have more close contact with others.

The particularly insidious thing about this coronavirus is that large numbers of people are carrying it and unwittingly transmitting it to others.

The term “asymptomatic” is thrown around a lot. Sometimes I wonder if that even translates into something most people can wrap their minds around. “Asymptomatic” means they have no symptoms of sickness: no fever, no cough, no chills, etc. They are just going about their daily lives as they normally would yet carrying and spreading the contagion unwittingly.

For several years I hosted a business networking group in University Place called the Saturday AM Networking Group or “SAMN.” The members represented a vibrant eclectic mix of entrepreneurs, some from the healthcare field, insurance, information technology, the travel industry and other endeavors. Long-term business relationships and friendships developed in the years the “SAMN” group was meeting regularly.

One of the members was Nathaniel Oxford. He bore a strong resemblance to one of my cousins and I felt an immediate bond with him almost as if he was a family member. Nathaniel is a musician and music teacher who was living in Gig Harbor at the time. He is a long-time resident of Pierce County. As Nathaniel explains it, “After years of northbound commuting from Gig Harbor, the Tacoma Traffic Tangle became too much.” He and his family moved to be closer to his students and his teaching job with Seattle Public Schools. I’ve always been impressed with what a thoughtful, level-headed person he is.

In a recent post on Facebook, Nathaniel wrote at length about his epiphany regarding the issue of wearing (or not wearing a mask) and found that it parallels the issue of texting and driving. His thought process is logical and cohesive in comparing the two issues. I told him it was more than a routine Facebook post, that it was an essay that I thought was worthy of sharing with a wider audience and that I would like to share it here. I asked for his permission to share it in The Suburban Times. He consented. What follows below are Nathaniel Oxford’s own words…

“I’m starting to realize how COVID-19 is a lot like texting and driving. Twenty years ago, if I was driving tired, I’d call someone and talk to them to stay awake. Texting soon became a thing, and since a lot of drivers eat, drink, smoke, or read maps while driving, it was a natural extension to text while driving, too. A lot of people started saying, “Hey, this isn’t safe,” and I’m ashamed now to admit that I thought they were just worrywarts.

Over the years, I was exposed to data about distracted driving. I heard quoted what fraction of a second it took to have an accident versus how long your eyes were off the road to look at your screen. I gradually started to notice that when I looked at my screen, even for a brief instant, I missed things around me. And I saw YouTube videos of crashes caused by texting. Eventually, I came to understand that it was dangerous to text and drive, and I try to almost never do it anymore. But it took me a long time to get to this point.

It’s one thing for people, even experts, to tell you something. Even if you see it happen to someone else with your own eyes, if you haven’t experienced it yourself, it’s hard to comprehend it and believe it. To connect this to the present, I was just comparing how many people in my first and second degree circles of influence have either had COVID-19 or died of it, and I was comparing this with somebody who doesn’t know anyone who’s had the virus. I realized in that moment that to her all the data, medical advice, and news probably seem like hype. It’s not until a little kid runs out in the road, and you think, “Oh my gosh, I could have been looking at my phone,” that you realize how unsafe and dangerous using your phone and driving is. But up until then, you’d never had a problem, so you thought all the hubbub was just panicked hype.

Regarding coronavirus, people see the death tally in the news, they hear the governor talk about it, they see others in public physically avoid them, but they don’t know anybody firsthand who’s suffered through the virus. So, when they’re asked to wear a mask, advised to socially distance, and told they can’t get eyelash extensions for a couple months, it probably doesn’t feel real to them, any more than hands-free driving did to me years ago. I realize I was being an idiot then, and I could have killed a lot of people. Maybe I’d be resisting coronavirus restrictions too, if I hadn’t seen it for real myself when coworkers, friends, and their family members came down very sick, and a few of them died.

1. Have some compassion and patience. If you see non-mask-wearers, treat them like you’re defensive driving. Just steer clear and hope they don’t cause an incident somewhere.

2. If you see someone who is a non-mask-wearer, don’t be a jerk to them. Maybe they’ll come around, and maybe they won’t, but you can’t make them. Maybe the situation is appreciated to gently educate someone, but vomiting data on them isn’t helpful. Remember, someone convinced against their will is of the same opinion still.

3. If you have a personal story about COVID, please be brave and share it. It’s not to put the spotlight on you. It’s just to help others know that it’s real, it’s around them, and that it can be dangerous. And if you tested positive but didn’t have symptoms, that’s worth sharing too, because it reinforces the fact that it’s a real virus, it’s around us, and you can get it from somebody who doesn’t look sick.

4. COVID-19 is real and it’s dangerous. Please take it seriously and follow the most current public safety guidelines. As of this writing, the Centers for Disease Control is recommending six feet of social distancing and wearing a basic cloth mask when you’re inside of businesses or anywhere that you’ll come within six feet of people from outside your household. Wearing a mask is an easy decision that saves lives.” —Nathaniel Oxford

Effective June 26, a statewide order requires individuals to wear a face covering in indoor public spaces such as stores, offices and restaurants. The order also requires face coverings outdoors when you can’t stay 6 feet apart from others.

There are exemptions, including people with certain disabilities or health conditions, people who are deaf or hard of hearing, and children under the age of 2. (It’s encouraged to have children ages 3-5 wear a covering if possible. Children 5 and older must wear a face covering.) There are also situations when you can remove your face covering, such as when seated at a restaurant or when recreating alone.

More information is available from the State of Washington’s Department of Health.