Proposed SH1 weigh station at Rakaia 'too risky for motorists' 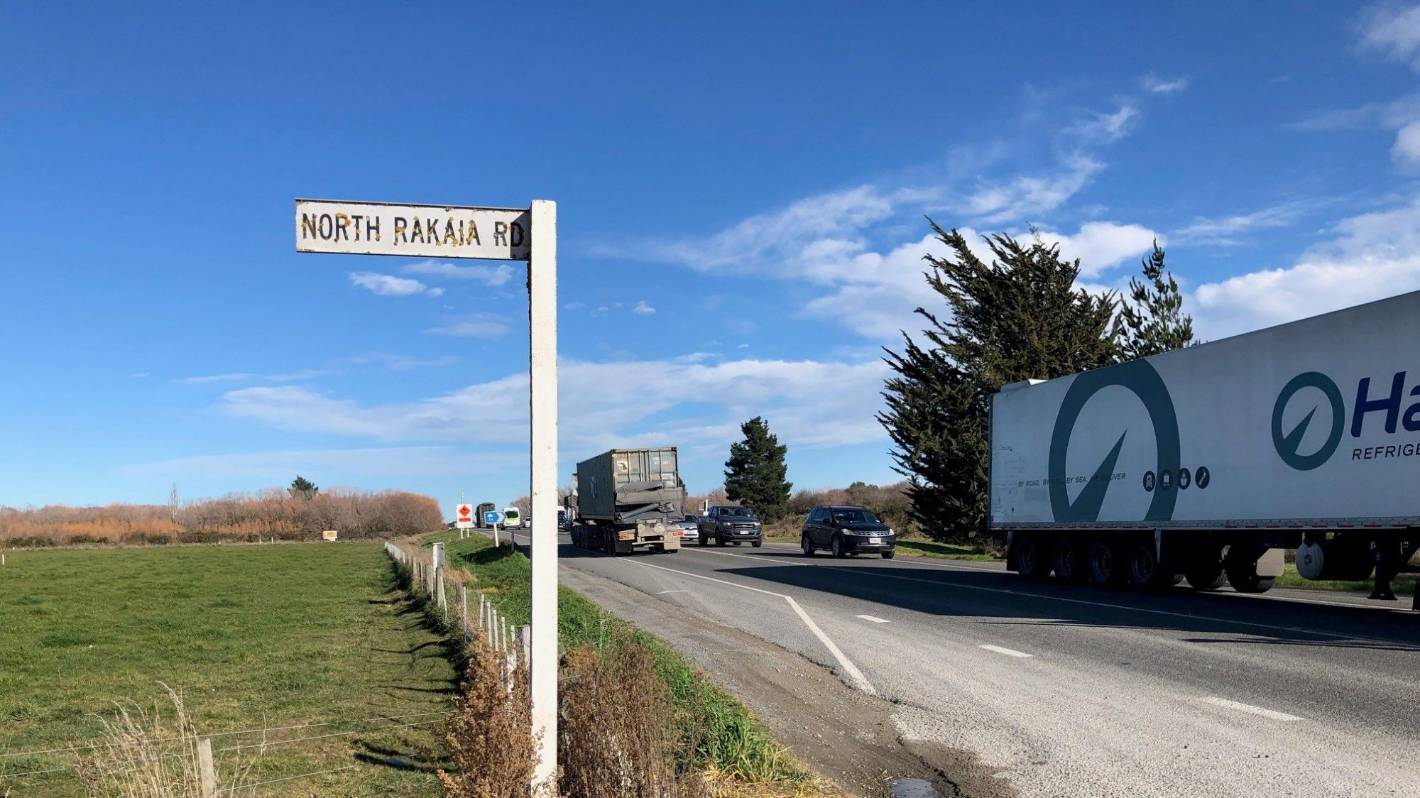 The area of the proposed weigh station on State Highway 1 sees thousands of vehicles travelling to and from Christchurch every day.

The NZ Transport Agency (Waka Kotahi) has been accused of putting lives at risk with a plan for a proposed weigh station on State Highway 1.

The weigh station, proposed to be placed etween the Rakaia River and Rakaia rail overhead bridges, is one of 12 in the pipeline by NZTA as part of its weigh right programme to keep heavy vehicles compliant.

Road Transport Association chief operations officer Simon Carson said the new weigh station will also slow down traffic on the SH1, impacting thousands of vehicles which travel to and from Christchurch every day.

He said to build a weigh station on the proposed stretch of road was too dangerous.

“It would affect people travelling from Geraldine, Timaru and further south.

READ MORE: * Both lanes of new Blenheim bridge to open this week * 'Wholesale reconfiguration' of Rotorua's CBD to be considered * A third of Kiwis admit to texting and driving

“It’s on SH1, it’s on a narrow piece of land and one of our concerns is the merger lanes are far too short for heavier vehicles to get up to speed into the traffic.”

Carson said the RTA conducted a road trial at the proposed site on July 21, which was also attended by NZTA representatives, and this proved to be an eye-opener.

“At the same time we started the project across the Rakaia bridge came an over dimensional load and across the overbridge north of that came another load.

“There was some congestion there anyway. The congestion from start to finish probably took about 25 minutes to clear so in that time there were queues of traffic probably up to 1.5 kilometres long.

“That’s without the station going ahead so you try to put trucks into that, people trying to get across traffic and then you’ve got driver behaviour as well which I don’t think NZTA has looked at.”

He said the extended waiting times in traffic would frustrate motorists and create further havoc on the road.

Carson said the RTA fully supported the Weigh Right Programme but opposed the location of the Rakaia weigh station on the corner of North Rakaia Rd and SH1.

“We 100 per cent support the project, but we believe the site is too high risk, and we’ve seen this first hand. The only thing they’ve done wrong is not consult with all parties.”

“NZTA is proposing to reduce the speed limit to make it safe, even then the congestion on that piece of road is not safe.”

“We are taking a second look at the proposed site and deciding if there are other sites that may achieve similar aims and do a similar job.

“We are looking at a number of potential sites. It is critical that the site can be operated safely and that it cannot easily be avoided by operators.”

Aldridge said Rakaia was selected as the ideal site for the weigh station because they believe it would provide a very well positioned commercial vehicle safety centre and the improvements planned for SH1 and local roads would improve safety for road users.

“The preferred site is at a place that would benefit from safety improvements associated with the development of the weigh right site,” Aldridge said.