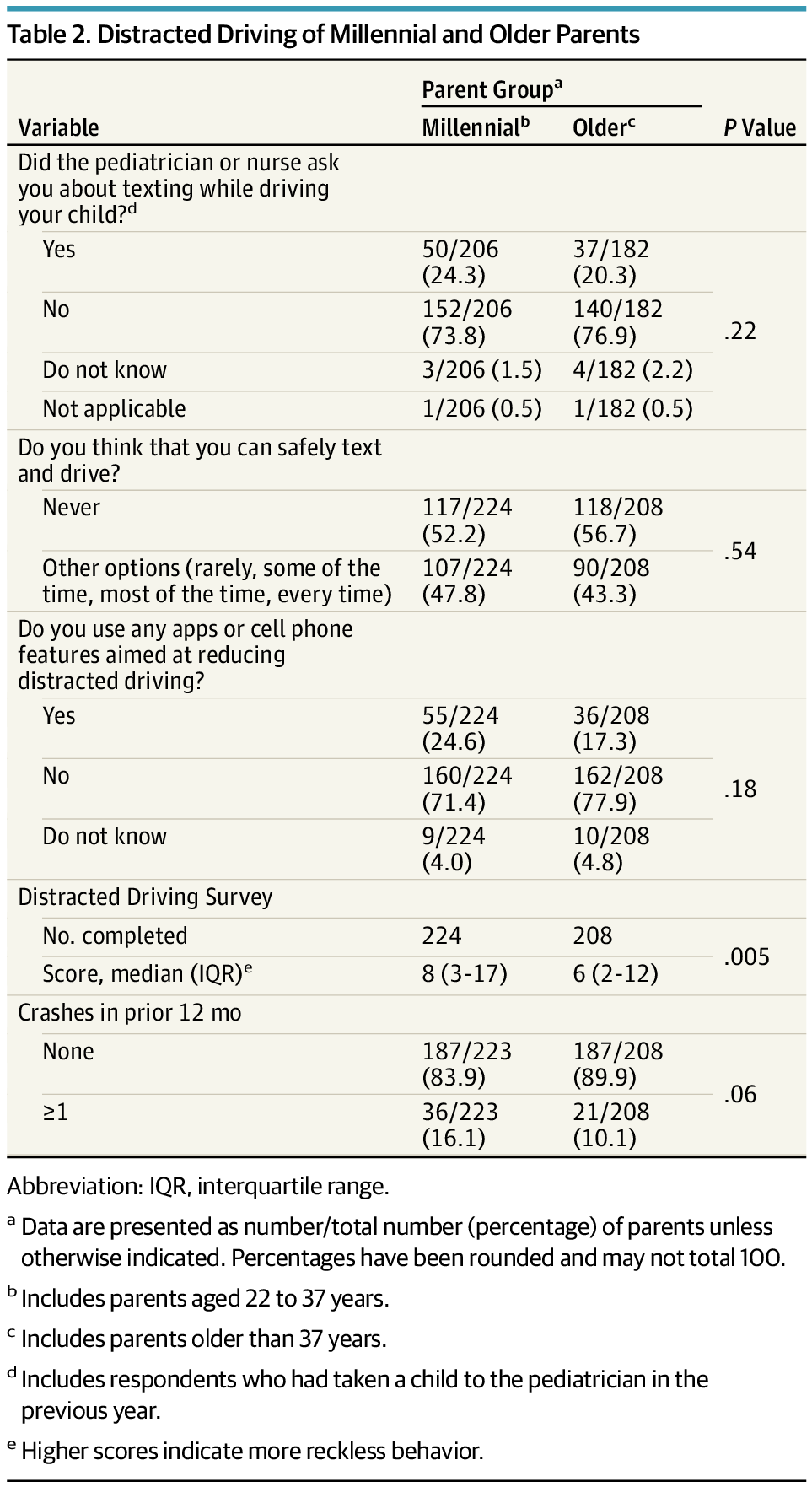 The national US motor vehicle fatality rate has recently increased, with distracted driving being a potential underlying cause. Texting and driving is prevalent, associated with an increased risk of motor vehicle crashes, and more common among younger drivers. Millennials (born 1981-1996), known for their significant cell phone and technology use, are becoming parents. Little is known about parent driving behavior associated with crash risk and the influence of such behavior on children’s subsequent driving habits. The aim of this study was to characterize the texting and driving patterns of millennial vs older parents.

This cross-sectional national survey included questions regarding demographic data, driving safety and cell phone use with children in the car, whether the parent had been asked by a pediatrician about texting and driving, and the Distracted Driving Survey (DDS). The DDS is a validated survey instrument with questions on the frequency of text message reading and writing; use of email, social media, and maps while driving; and the highest speeds at which the respondent has performed those activities in the previous 30 days. Higher DDS scores reflect more reckless behavior. Survey invitations were distributed to a national panel of respondents across the 4 main regions of the United States (Midwest, Northeast, South, and West) in a census representative fashion using SurveyGizmo software in partnership with Cint (Cint USA). Parents with a car, with at least 1 child younger than 14 years, and who had driven their child in the previous 30 days were included. The specific ages and number of children were not solicited. Millennial drivers, defined as those aged 22 to 37 years, were then compared with drivers older than 37 years. This study was approved by the institutional review board of Massachusetts Eye and Ear Infirmary, Boston. All participants provided informed consent. All analyses were completed with SAS software, version 9.4 (SAS Institute, Inc). Numerical variables were compared using either an unpaired t test or Wilcoxon rank sum test, and categorical variables were compared using χ test or Fisher exact test, with P < .05 indicating significance.