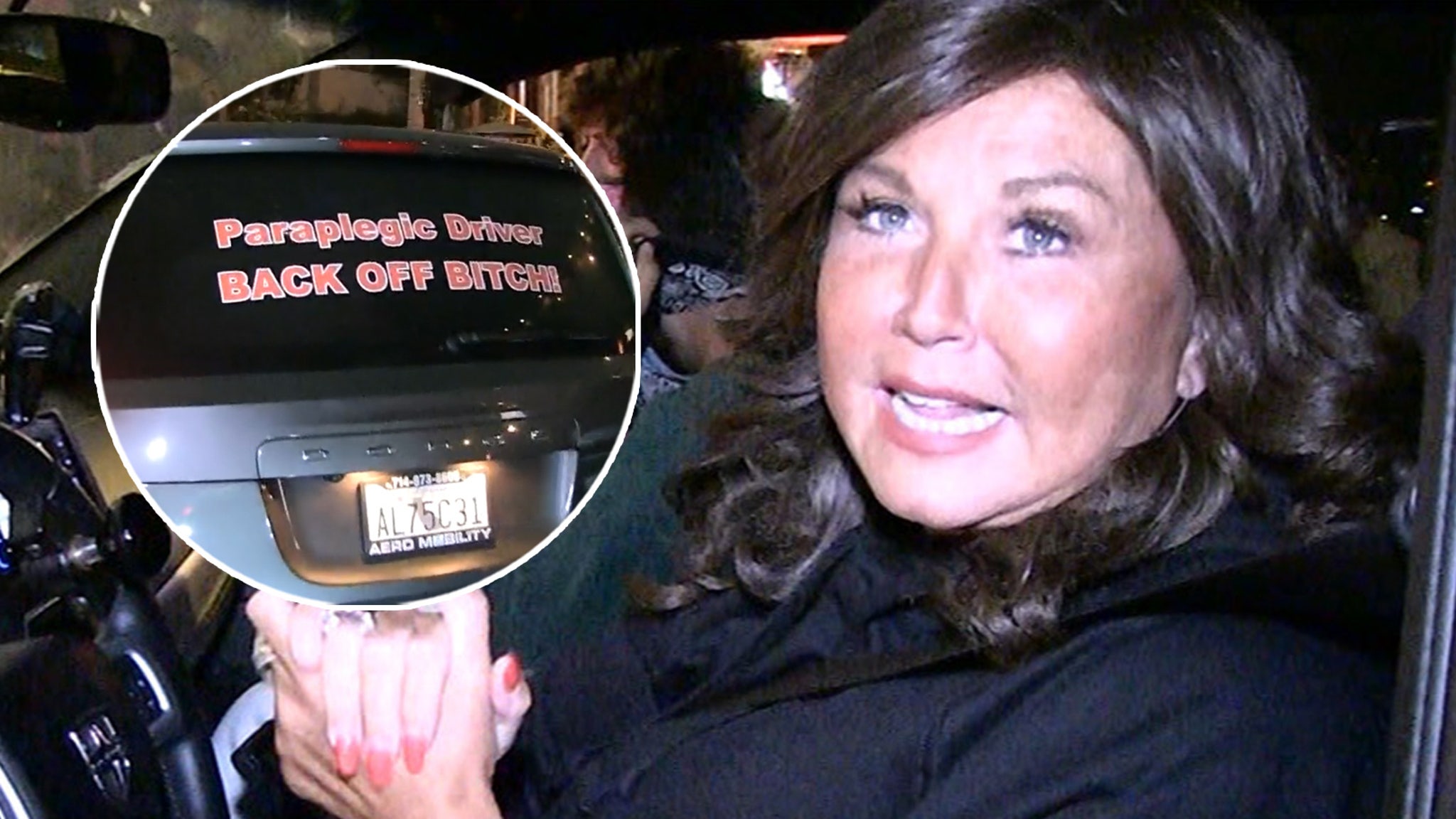 "They wouldn't be on their phones — because you can't." One in every five car accidents in the US are caused by using phones while driving — and Abby Lee Miller knows how to stop it. The "Dance Moms" star, who was recently confined to a wheelchair, has found that her hand-controlled car makes it impossible to do anything else while behind the wheel... and that's a good thing. "You know if all kids learned to drive like this, they wouldn't be on their phones — because you can't," the reality star pointed out while showing off her wheelchair-accessible Dodge minivan. Abby Lee Miller Apologizes After Allegations of Racism: 'It Is Harmful, and It Is My Fault' The dance instructor joked that it "sucked" she had to trade in her Porsche for an accessible vehicle — but seemed secretly proud she had mastered the new controls. Without the use of her legs — for the time being at least — Abby's brake and accelerator are now transferred to her hands. Her speed she controls with a single left-hand lever, while the steering wheel comes equipped with a spinning knob that allows her to fully turn the wheels with just one hand. The front seat passenger also has their own brake, in "case there's any drama." "Any drama" however is unlikely to be caused by the driver fiddling with their phone; all this required hand control means it's practically impossible. Although road safety authorities might be hard pressed convincing Americans who have driven regular cars for years and decades to switch over, Abby makes the point that those who are most susceptible to distracted driving — the youngest — would pick it up no problem.

"The first few times it's really scary," she admitted. "I think for a young person, like a 16-year-old, it would be easy because they could just learn this way."

According to the National Safety Council, in 2019 an estimated 38,800 people lost their lives to car crashes; approximately eight per cent of these — that's more than 3,000 people — died because of distracted drivers.

It is estimated that taking your eyes off the road to react to a text takes on average 4.6 seconds, which at 55 MPH, means you will have traveled more than the length of a football field without looking.

Abby had no choice about her new driving method; having been diagnosed with Burkitt lymphoma in April 2018, she underwent emergency spinal surgery which left her confined to a wheelchair.

She has been attending rehab ever since and has vowed to rebuild her muscles enough to get back on her feet.

For anyone who needs (or indeed wants) to learn how to drive with their hands, Abby had these words of encouragement: "You can do it. Just pay attention. You could do it."