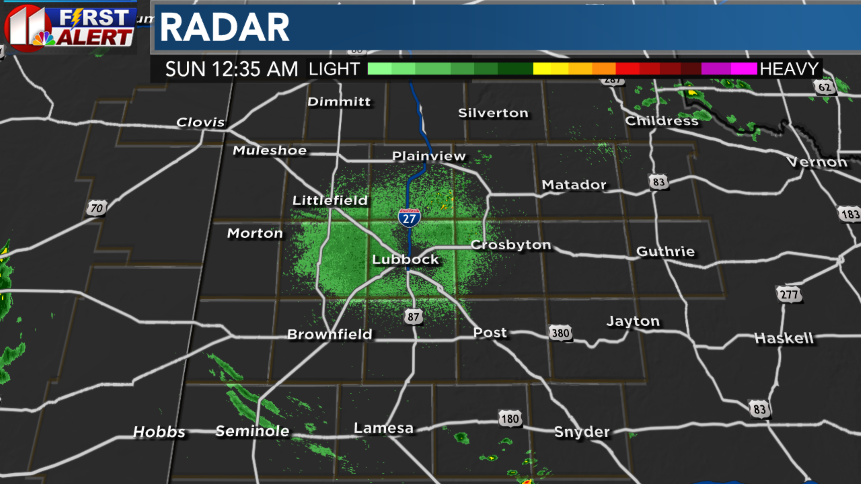 TxDOT launches new pedestrian and bicyclist safety campaign
By KCBD Staff | October 21, 2020 at 10:08 AM CDT - Updated October 21 at 10:08 AM
LUBBOCK, Texas (KCBD) - Fatalities from crashes involving pedestrians are on the rise in Texas and now account for nearly one in five of all of the state’s traffic deaths. Last year, 668 people died in pedestrian-related crashes in Texas, up by 5% from 2018, and more than 1,300 were seriously injured. Crashes involving bicyclists in 2019 also claimed the lives of 68 people and seriously injured 313. These numbers follow an alarming trend that has seen pedestrian and bicyclist fatalities increase over the last five years.
Safety officials attribute a primary cause of the increase to people’s widespread failure to follow state laws designed to protect pedestrians and bicyclists. To that end, TxDOT is kicking off a new public awareness campaign this month that urges all Texans to drive smart, walk smart and bike smart.
“Whether you’re behind the wheel, on foot, or riding a bicycle, we’re reminding Texans to make traffic safety their number one concern when they’re out and about,” said TxDOT Executive Director James Bass. “The COVID-19 pandemic has taught us the importance of looking after ourselves and others in our communities, and we’re asking the public to apply that same responsibility to safely sharing the road and obeying traffic laws.”
Almost half of all pedestrians and cyclists who died last year on Texas streets and highways were between the ages of 21 and 49. Most were living in urban areas, and the majority—73% of the pedestrians and 90% of the cyclists—were male.
No matter how Texans choose to travel, TxDOT wants them to know and follow state laws for safe driving, walking and biking. Drivers should take specific steps to protect pedestrians and bicyclists who are more likely to be killed or seriously injured when involved in a crash with a motor vehicle. State laws mandate stopping for pedestrians in crosswalks, yielding the right of way to pedestrians and cyclists when turning, and passing cyclists at a safe distance and giving them room to ride.
Pedestrians should cross the street only at intersections and crosswalks, obey all traffic and crosswalk signals, and always use sidewalks when available. If there isn’t a sidewalk, pedestrians should walk on the left side of the street or road, facing oncoming traffic.
Like drivers, bicyclists are required to obey all traffic signs and signals, including stopping at red lights and stop signs. State laws also dictate that those who ride bicycles must use hand signals when turning or stopping, ride with traffic, use bike lanes or ride as near as possible to the right-hand curb, and when riding at night, make sure their bikes have a white light on the front and a red light or reflector on the back.
More than 3,000 traffic crashes involving pedestrians occurred last year in Austin, Dallas, El Paso, Fort Worth, Houston and San Antonio, resulting in 287 fatalities. These cities also saw more than 1,100 bicycle crashes that resulted in 30 deaths and 113 serious injuries.
“Be Safe. Drive Smart.” and TxDOT’s pedestrian and bicycle safety initiative are key components of  #EndTheStreakTX , a broader social media and word-of-mouth effort that encourages drivers to make safer choices while behind the wheel, like wearing a seat belt, driving the speed limit, never texting and driving and never driving under the influence of alcohol or other drugs. Nov. 7, 2000 was the last deathless day on Texas roadways. #EndTheStreakTX asks all Texans to commit to driving safely to help end the streak of daily deaths on Texas roadways.
Copyright 2020 KCBD. All rights reserved.
66