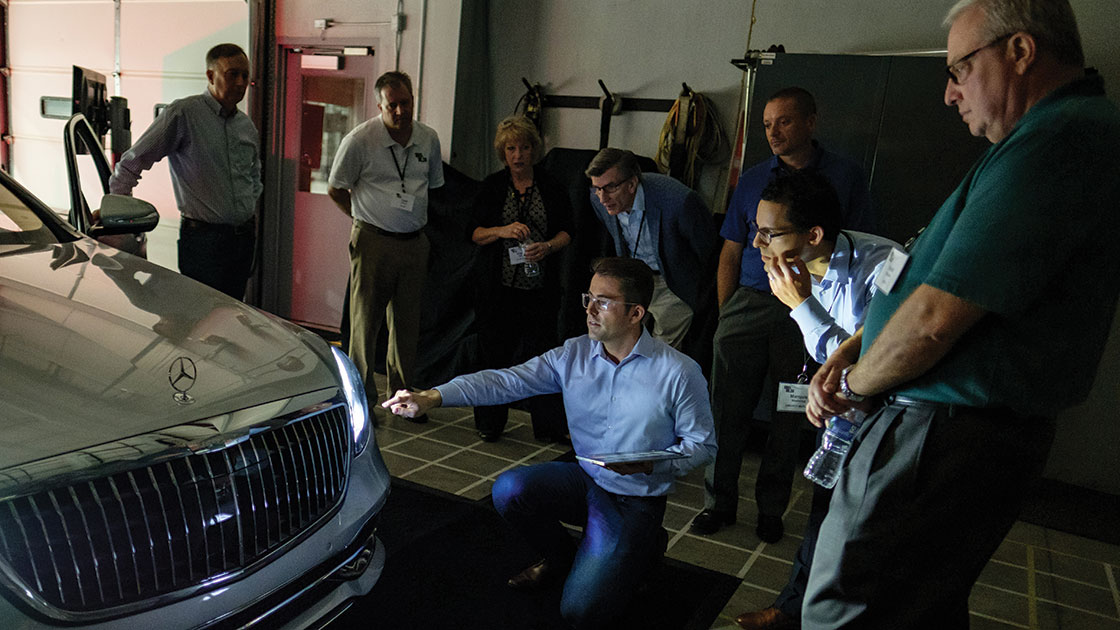 A potential change to the Federal Motor Vehicle Safety Standard (FMVSS) for headlights would allow auto manufacturers to begin incorporating adaptive-driving-beam headlights in the vehicles they sell in the U.S.

Headlights with an adaptive-driving beam are similar to high-beam assist. However, instead of switching the high beams on and off, they continuously adjust the high-beam pattern to create a shadow around other vehicles, based on input from a forward-looking camera. The result is high-beam visibility without the glare for oncoming or lead drivers.

Adaptive-driving beams are used in Europe, Japan and other markets but are prohibited in the U.S. because federal rules require distinct high- and low-beam patterns. As currently written, FMVSS 108 doesn't allow for a headlight system that dynamically adjusts to simultaneously meet portions of the low-beam and high-beam requirements.

In 2013, Toyota petitioned the National Highway Traffic Safety Administration (NHTSA) to amend the federal safety standard for lighting to allow manufacturers to equip vehicles with the systems. The agency in October granted Toyota's request and issued a notice of proposed rulemaking to modify FMVSS 108 to set performance standards and compliance tests for adaptive-driving-beam headlights. Comments are due by Dec. 11. Automakers who already provide adaptive-driving-beam headlights on vehicles they sell in other countries would have to modify them for the U.S. market to meet NHTSA's proposed test criteria.

The National Transportation Safety Board in September urged NHTSA to revise FMVSS 108 to allow adaptive headlight systems that automatically adjust their intensity as one way to improve pedestrian safety by helping drivers see them sooner and slow down.