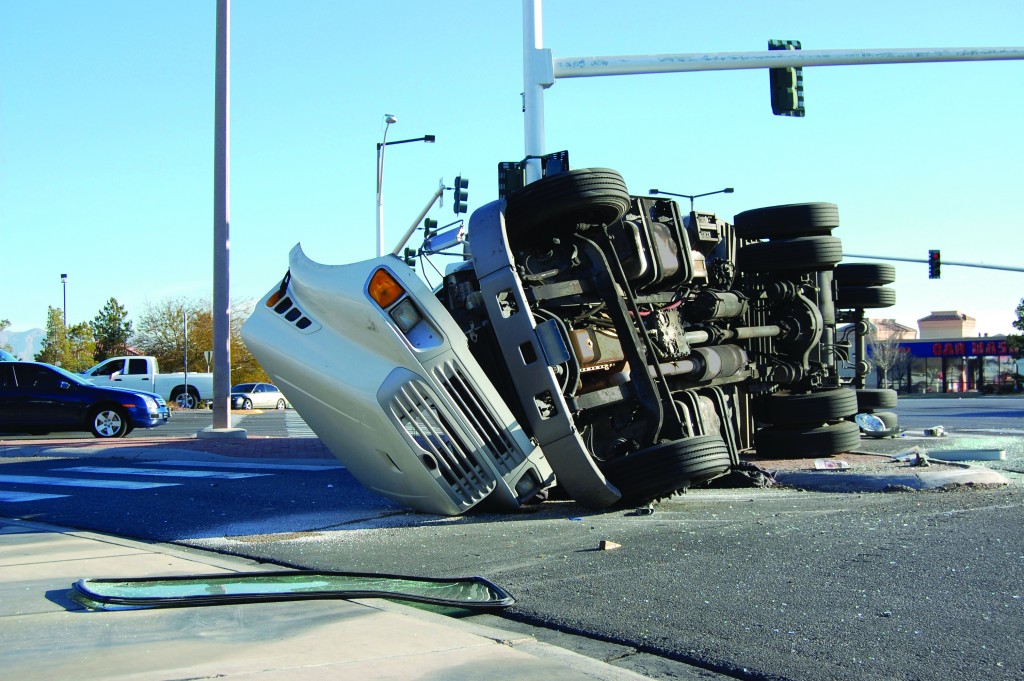 There were 8,432 crashes and 96 deaths last year involving trucks in OPP patrolled areas. That was the highest number of commercial vehicle collisions and fatalities in more than 20 years, according to the force.

“The number of deaths last year were far greater than the previous year,” Schmidt said Thursday.

Schmidt spoke to our sister publication Road Today, ahead of Operation Safe Driver Week, which kicks off Sunday.

Ontario’s Ministry of Transportation and the OPP are partners in the campaign, organized by the Commercial Vehicle Safety Alliance (CVSA).

Speed is again the focus of this year’s campaign, because it continues to be a factor in at least a quarter of all fatality crashes, according to Chris Turner, CVSA’s director of crash and data programs.

“It doesn’t mean speeding was necessarily the cause, but speeding was identified by at least one of the vehicles in a collision,” he told Today’s Truckingin an interview.

In Ontario, 1,249 of last year’s collisions were linked to speed, with 11 of the incidents resulting in fatalities and 246 of them causing injuries.

“With commercial and passenger vehicle drivers linked to these and other poor behaviors every year, all drivers have a role to play in keeping our roadways safe.”

While Operation Safe Driver Week is an annual event, the OPP keeps a close watch on people’s driving habits on a daily basis, said Schmidt, who was inspecting trucks as we spoke Thursday.

He said officers earlier in the day pulled in a few commercial vehicles.

Some were overloaded while others did not have brake lights, or had insecure loads. Schmidt said the drivers were not doing their daily pre-trip inspections and not keeping their vehicles properly maintained.

“I just posted a video of a truck with gravel off the back of the tailgate. And as the officer was pulling this truck over, he was getting peppered with rocks and gravel.”

He said the Greater Toronto Area had the highest percentage of fatal crashes because that is where the vast majority and the biggest congestion of trucks are going to be.

“They are happening all the way across the 401 corridor, up through highway 11/17, right through the Manitoba-Quebec borders, and down into the United States.”

One stretch of highway that has been in the news lately is Highway 50, which is surrounded by trucking and logistics companies.

In the past two years, OPP said it responded to 18 collisions involving heavy vehicles on the highway.

“There is a lot of truck traffic, and if there’s a collision, there is a good chance a truck is going to be involved in that wreck,” said Schmidt.

Social worker Prabhjot Kainth, who lives near Highway 50, knows all about it.

“Every now and then, you would hear police sirens going toward that direction, and I think it is a little sad,” Kainth told Road Today.

Kainth believes some of the truck drivers are not fit for the road.

“I am pretty sure that half of these drivers don’t even qualify to be a driver.”