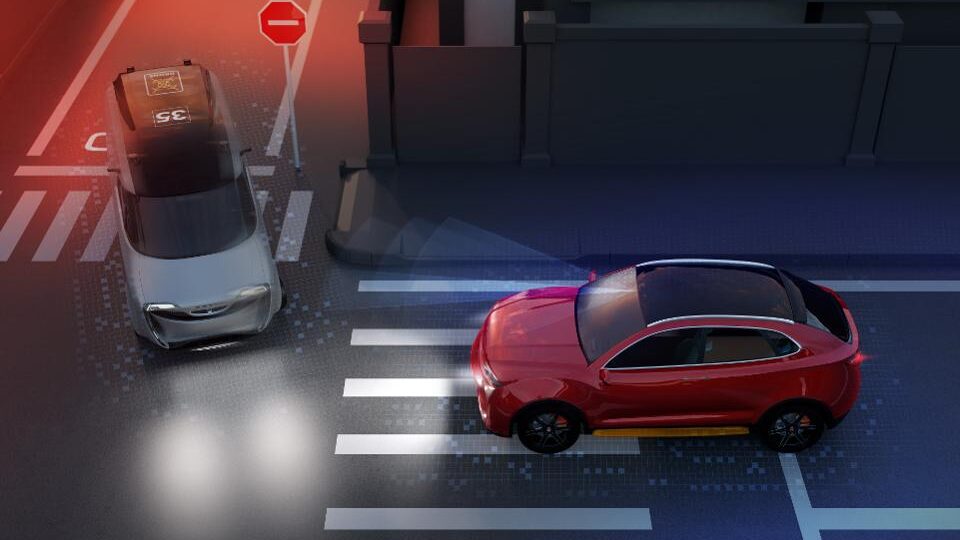 Editorial Note: Forbes may earn a commission on sales made from partner links on this page, but that doesn't affect our editors' opinions or evaluations.

Do you need a car with an advanced safety system? I didn’t think I did—until I did.

I was backing up my Volvo XC90 in a grocery store parking lot in Reno, Nevada, last week when I heard a sudden alarm. The car screeched to a halt on its own. Another vehicle raced past me in the rearview camera. It turns out the Volvo has a radar-based rear collision warning system. If there’s a risk of a collision, it warns you and applies the brakes.

Advanced Driver-Assistance Systems (ADAS) are growing in popularity. The global market for ADAS will increase from $27 billion this year to $83 billion by 2030, according to research by MarketsandMarkets. That’s an impressive 12% annual growth rate for semi-autonomous driving systems.

ADAS functionalities can change the driving experience. According to research by LexisNexis Risk Solutions, ADAS vehicles showed a 27% reduction in bodily injury claim frequency and a 19% reduction in property damage frequency.

ADAS systems can help not only while at speed, but also when parking. They’re intended to increase driver safety.

“Advanced Driver Assistance Systems utilize cameras and sensors to detect a potential collision and alert the driver,” explains Fran O’Brien, a division president for Chubb Personal Risk Services. “These devices have shown that they are important safety features that can help prevent accidents.”

But do cars with advanced safety systems really make everything safer? Most studies suggest they do. For example, the crash involvement rate for vehicles with blind-spot monitoring was 14% lower than the same models without the equipment, according to a study by the Insurance Institute for Highway Safety.

“The same study suggested that if every vehicle sold in the United States in 2015 was equipped with blind-spot monitoring, 50,000 crashes and 16,000 crash injuries might have been prevented,” says David Braunstein, president of Together For Safer Roads, a coalition of companies dedicated to better road safety.

“If vehicle crash avoidance technologies were deployed throughout the light-duty vehicle fleet, we could see crash prevention cost savings of up to $264 billion, assuming all relevant crashes are prevented,” he says.

“On a quiet highway, combined with the adaptive cruise, it really does make long-distance driving a breeze,” he says. “I actually took a 200-mile round trip to visit my parents, and it made for a relaxing journey.”

But the systems aren’t perfect. It doesn’t take much to activate the automatic brake system. For example, when he’s on an on-ramp, the car sometimes misreads a vehicle in the next lane as one that is about to collide with him. “It assumes the approaching vehicle may pull out and activates the system,” says Partridge, a marketing manager for a car rental site.

“In theory, Advanced Driver Assistance Systems equipped vehicles should reduce car accidents,” says Robin Malhotra, sales manager of Barrhaven Honda, a Honda dealership near Ottawa, Canada. “By no means are we entirely there yet, but times are quickly approaching. Even though this is still somewhat advanced technology we’re discussing, having cars equipped with AI safety features is a part of the long-term goal of many, if not all, car manufacturers.”

For some types of drivers, advanced safety systems are a must-have feature. That’s certainly the case with professional drivers, including Uber and Lyft drivers. Bryant Greening, an attorney who co-founded LegalRideshare, says he encourages his drivers to use ADAS systems.

“Advanced Driver Assistance Systems have been shown to reduce damages to property and persons, which keeps drivers on the road and able to earn,” he says. “Spending a little more upfront on safety enhancements is like buying an insurance policy for when the inevitable happens. Minimizing your potential liability and damages is the name of the game.”

But ADAS systems can also be expensive—and not just when you’re buying a car. A study by AAA found that vehicles with automatic emergency braking, blind-spot monitoring, lane departure warning and other similar features are expensive to repair. The average repair bill can be twice as much as a conventional vehicle’s following a collision due to expensive sensors and their calibration requirements. Even minor incidents can add up to $3,000 in extra repair costs, the research concluded.

But Malhotra says even with the higher cost, the safety features are worth having, and he “wouldn’t hesitate” to buy a car with them.

“It’s up to the individual to determine whether a feature is worth buying,” says Jon Bloom, vice president of personal auto at Erie Insurance. “Drivers should take the time to get used to the features and give them a chance, since doing so could really pay off in terms of improved safety.”

Of course, the systems are useless if you don’t use them. A recent Erie survey found that of the drivers whose vehicles have these features, 11% turn off forward collision warning and 17% turn off automated emergency braking.

The insurance implications of advanced safety systems are a little complicated. On the one hand, the technology can prevent accidents. On the other hand, it raises the cost of the car—and of repairs. That means auto insurance companies have to pay more when there are claims.

“ADAS-equipped vehicles are some of the most expensive, with higher capital costs, and increased maintenance and repair costs,” says Baruch Silvermann, CEO of The Smart Investor. “They also introduce complications for maintenance management. Simple repairs on other vehicles come with new complexities on an ADAS equipped vehicle, such as calibration of the ADAS system. Additionally, most insurance companies agree that there is not sufficient data to validate the promises of safety benefits touted by the auto industry.”

Silvermann is skeptical that auto insurance companies will start offering significant discounts for cars and trucks with advanced safety systems.

“Reductions in accident frequency and severity may eventually offset higher repair costs, and this may be reflected in insurance rates, but it is doubtful that insurers will ever offer a discount for an ADAS equipped vehicle,” he adds.

More research should bolster the case for offering insurance discounts on ADAS-equipped vehicles, according to Luke Neurauter, a group leader at the Center for Advanced Automotive Research at Virginia Tech Transportation Institute.

“If the industry is working towards eliminating traffic deaths by developing and making these technologies available, insurance companies should offer consumers further incentive to purchase these features by offering related discounts,” he says. “This could also motivate consumers who are on the fence—likely due to lack of awareness or uncertainty of possible benefits—to seek out ADAS features on their next vehicle.”

The discounts may be coming, though not as soon as some experts predicted. In 2018, Swissre and HERE Technologies conducted a study on the effects of ADAS systems on car accidents. The research showed that this technology has the potential to reduce car accident frequencies up to 25% and cut car insurance premiums by $20 billion by this year.

That hasn’t materialized—at least not yet.

Bottom line: New advanced safety systems in cars can make your vehicle safer, and if you can get them—and afford them—you should. But don’t expect a big car insurance discount yet. And don’t forget to turn on your ADAS.